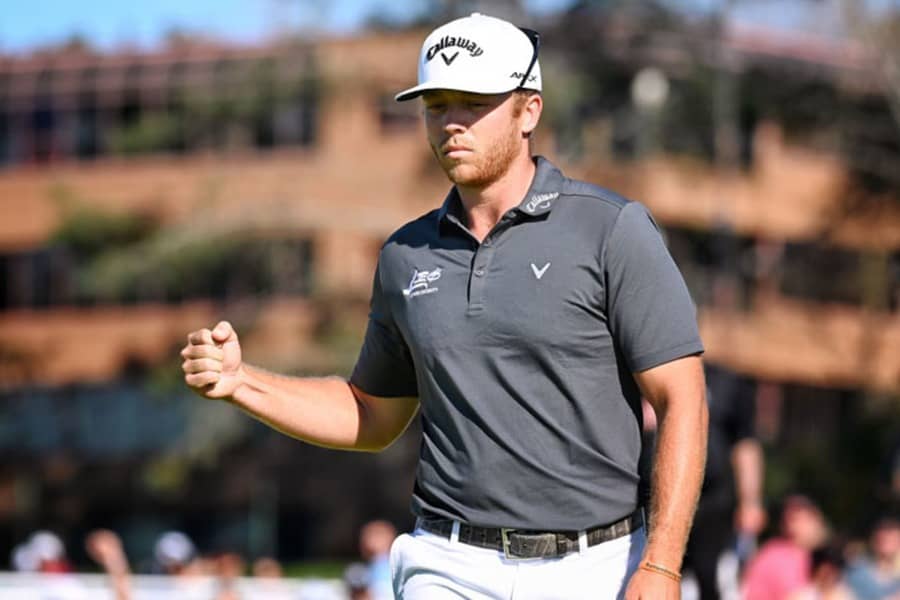 RSM Classic Round 3: The final PGA Tour event of the fall is here wraps up today at the Sea Island Golf Club in Georgia.

We could probably rename this the PlayOff Tournament, as four of the last five RSM Classics had gone to a playoff, including an all-timer in 2016 when Mackenzie Hughes defeated a foursome of Blayne Barber, Billy Horschel, Henrik Norlander, and Camilo Villegas. The last three have all been 19-under playoffs between two golfers (including Simpson in 2019), but I don’t expect that to be the case today.

Usually, shooting par can get you into the weekend in many PGA events, but not this weekend. So instead, shooting par will probably mean a short stay in Georgia this weekend. The first two rounds are played over two different courses, and both play well under par. The average score at the Seaside Course, where leader Sebastian Munoz played his round and shot 10-under 60, was 66.31, and the average score at the Plantation Course was 68.7. The Seaside number of 66.31 is the second-lowest scoring average on a single course in a single round on the Tour since 1983.

Impressive day for Munoz, even if he was playing on the easier course on Thursday. Munoz was on fire all day and needed to play the last three holes in 2 under to shoot 59; he only managed to play them in 1 under as he missed an 11-foot putt on No. 17 that would have set him up for the magic number. Regardless, it was a great start to the event for somebody looking to win No. 2 of his career, and he did it mostly from tee to green, which if he keeps that up should put him in contention come Sunday afternoon.

Behind Munoz were four golfers at 9-under, including Mackenzie Hughes, Scott Stallings, Zach Johnson, Chez Reavie. The biggest surprise of this group is perhaps Johnson. Since March, Johnson has not had a top 10 and has missed four of his last five cuts; although he played on the easier course, his irons were spot on, and he also had a shot at 59 by playing the previous three holes 2-under. Instead, he played them at even and ended with a 61.

As the weather changed on Friday, so did the leader board at the RSM Classic in Georgia. A 25 mph wind off the Atlantic Ocean Talor Gooch of Oklahoma fired a 5-under 65 to take a one-shot lead. What a difference a day and windy conditions make, as the first round, players were a combined 542-under par; in the second, they were 126-over.

Gooch matched the low score of the round; Taylor Moore had a hole-in-one on the 17th hole at Seaside for a 65 and was at 13-under 129. Gooch climbed to the top of the leader board and became the odds-on favorite to win the tournament at +300, as projected by Jazzsports.ag.

Gooch highlighted his round with an eagle putt of just over 65 feet on the par-5 seventh, the longest putt he has made in his PGA Tour career. After that, Gooch made only one bogey, and four of his five birdie putts came from 6 feet or less, even with the rough conditions. Gooch has been playing exceptionally well of late, but he is still seeking his first win. He’s 14th in the FedEx Cup and has a pair of top-five finishes at the Fortinet Championship to start the season and the CJ Cup in Las Vegas; plus, he hasn’t missed a cut in six starts this fall and has finished 11th or better four times.

It looks as if after five seasons on the PGA Tour, Gooch is finally finding his groove, and this might be the weekend that he breaks through for his first win. Gooch is my pick to win the RSM Classic this week. Wind along the coast is always unpredictable, but with the way Gooch is playing, I don’t think it matters. I expect him to pull away over the course of the weekend and have a relatively easy victory come Sunday afternoon in Georgia.

Thursday’s leader, Munoz, who went from a 60 at Seaside, shot a 70 in his second round at Plantation, dropping him a shot behind the leader and dropping his odds to win the whole tournament at +700 projected by Jazzsports.ag.

I think you’re in pretty good shape when you hit only six fairways and still managed a 3-under 67, stretching your lead to three shots going into the final round, and that’s precisely what happened on Saturday for Talor Gooch. As a result, Gooch, my pick to win the whole tournament, increased his odds to win at -135, as projected by Jazzsports.ag.

Battling harsh weather and some inconsistency off the tee, Gooch was at 16-under 196, three shots clear of Seamus Power of Ireland (67) and Sebastian Munoz of Colombia (69). Gooch started to pull away from the field with a short birdie putt at the par-5 15th hole and a 12-footer for birdie at the par-3 17th. However, he missed from 25 feet on the final spot. He had to be happy with the ultimate result on a cloudy, chilly, windy day.

Jumping up the leader board sitting three shots behind Gooch is Seamus Power. Powers chipped in for eagle at the par-5 15th to highlight his round. With his strong play, Power’s increased his odds to win the tournament to +500, as projected by Jazzsports.ag.

Sebastian Munoz, the leader after round one, battled back from back-to-back bogeys at holes 11 and 12 to two-putt the 15th for birdie. Munoz sits right behind Power’s at +600 odds to win the tournament, as projected by Jazzsports.ag.

Heading into the final round, Gooch has been playing the best golf of his career, and I see no reason for that not continuing on Sunday. I fully expect Gooch to bring this win home and win his first tournament on the PGA Tour.

The odds after round two have been updated below, as projected by Jazzsports.ag

Sign up and make sure to stay tuned for RSM Classic Round 3, updates, golf news and PGA Tour schedule