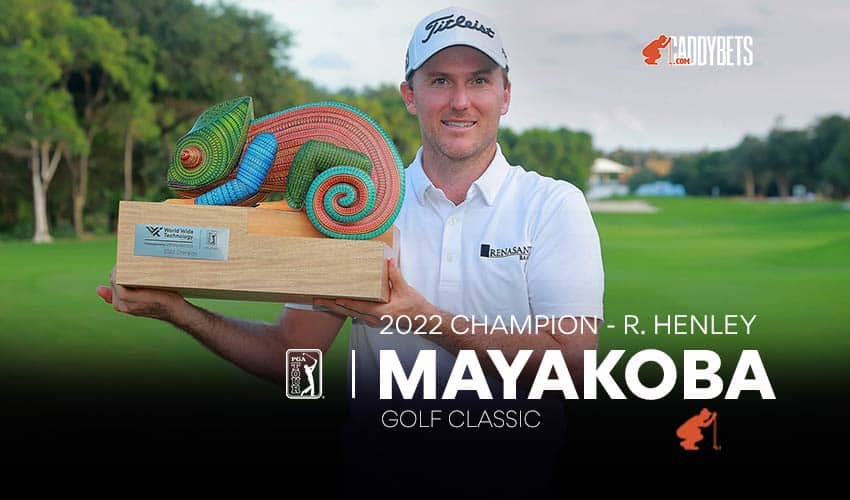 The only blemish on Russell Henley’s 72 holes in the World Wide Technology Championship at Mayakoba was a bogey on No. 16—his first of the tournament—that forced him to settle for tying the course record set by Viktor Hovland last year.

Otherwise, it was a perfect weekend for Henley, who won for the first time in over five years on the PGA Tour with a four-shot victory at El Camaleon Golf Course in Mexico. Following a start of 63-63-65 after 54 holes, a 1-under 70 was enough for Henley to cruise to a 23-under 261 and a four-shot win over Brian Harman.

“Walking up 18 I kind of felt like I wanted to cry a little bit,” Henley shared after the win. “It was almost … just a little bit of emotion, just so much happiness looking back at the times where I kind of choked. I remember at (the Wyndham Championship) a couple years ago, just should have easily won the tournament, was just playing great and didn’t get it done.”

After winning the Houston Open in 2017, Henley led four times at the 54-hole mark since 2020 but didn’t close out the win in any of those tournaments, so the University of Georgia product felt vindicated after this triumph—the fourth of his PGA Tour career.

“I don’t think I would have [won on Sunday] unless I had kind of failed so many times,” Henley said. “Put myself in position a decent amount, just haven’t gotten it done. So, to come out and kind of do everything pretty well today tee-to-green and keep it pretty clean and just play steady was what was nice.”

The other story in Mexico was the surge on Sunday by Scottie Scheffler. The 2022 Masters champ lost his No. 1 world ranking to Rory McIlroy two weeks ago, but his 62 in the final round moved him up to third on the leaderboard and will now have a chance to regain the top spot in the world next week in Houston.

Scheffler, who switched back to a putter he used in the past on Sunday and only had to putt 25 times, somewhat downplayed his quest to get back to No. 1.

“Rankings are great; it was definitely fun being No. 1 in the world,” said Scheffler. “It’s definitely something I hope to get back to, but it’s not something that’s going to occupy a lot of my thoughts.”

Seamus Power, last week’s winner, also shot -18 to tie Scheffler for third along with Joel Dahmen, Troy Merritt, and Will Gordon. Sam Ryder and David Lingmerth tied for eighth at -16.

Two-time defending champ Viktor Hovland was solid all weekend but wasn’t a serious threat to threepeat after getting off to a good start with a 65 on Thursday. He ended up at -16, tied for 10th with four others.

Henley, who won the Houston Open in 2017, will look to continue his fine play this weekend when the PGA Tour heads to Texas for its next event. Scheffler, who was runner-up last year, is also in the field along with Hideki Matsuyama, Sam Burns, and Tony Finau.