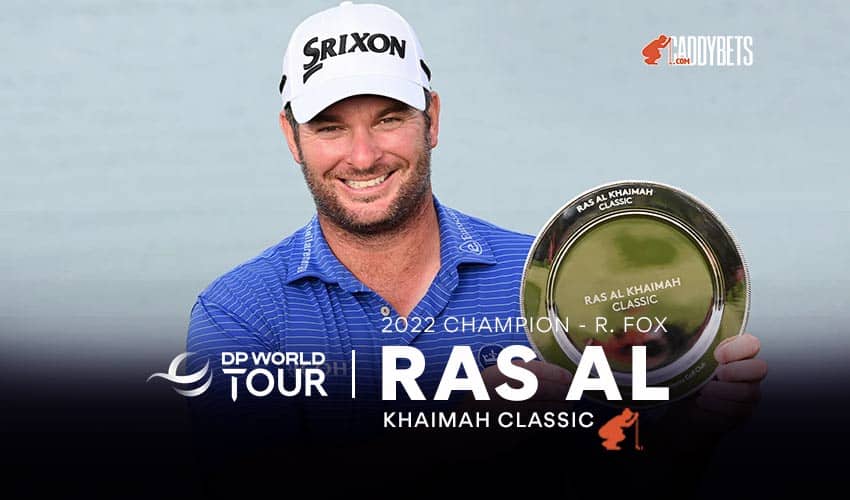 That’s not to say Fox didn’t feel the pressure of being a wire-to-wire leader, as he had a six-stroke lead going into the final round.

New Zealander Ryan Fox opened up a two-stroke lead after the first round with a 9-under 63 and never looked back, winning his first 72-hole DP World Tour tournament in dominant fashion by taking the Ras Al Khaimah Classic by five strokes on Sunday.

“Sleeping on a six-shot lead, I didn’t sleep very well last night,” Fox admitted after winning the event. “Obviously, a couple of the guys came at me early. I was a bit nervous. I had that awful feeling in the pit of my stomach all day.”

After a bit of a slow start with two bogeys through the sixth hole, Fox settled down to finish bogey-free from that point, carding a 3-under 69 to win the tournament with a total score of 266 (22 under par for the event).

There wasn’t much of an indication that Fox, whose other DP World Tour win was at the 2019 ISPS Handa World Super 6 Perth where he won a six-player knockout format after 54 holes of play, would have such a dominant weekend here at the Al Hamra Golf Club, as he missed the cut on this very course last week. His best finish in the three prior events in Dubai before this one was a 26th at the Dubai Desert Classic.

“I’m very happy with how I played,” Fox said. “A couple of great shots coming down the stretch and it was certainly nice walking down the last with putter in hand with so many putts to win.”

Fox was the first wire-to-wire winner on the DP World Tour since Nacho Elvira won the Cazoo Open Supported by Gareth Walker last year and is the first New Zealander to do so since Michael Campbell in November 1999.

Ross Fisher shot at 66 to jump up seven spots on the day and finish in the runner-up position, five shots behind Fox. Pablo Larrazabal opened the day in second place and finished tied for third after shooting a 3-under 69. He was joined in third place by two golfers who had great Sundays—German Hurly Long (8-under on the day) and South African Zander Lombard (7-under).

The tour played here for the second-straight week due to the Qatar Open being rescheduled for later in the year due to COVID-19 protocols. Last week’s winner, Nicolai Hojgaard, missed the cut after shooting 1-over par over the first two rounds.

What’s next in the DP World Tour?

The DP World Tour’s “Desert Swing” is complete, and now, tour pros will enjoy two weeks off before resuming play March 3 for the Magical Kenya Open—the first of three events to take place in Africa, as two in South Africa follow.