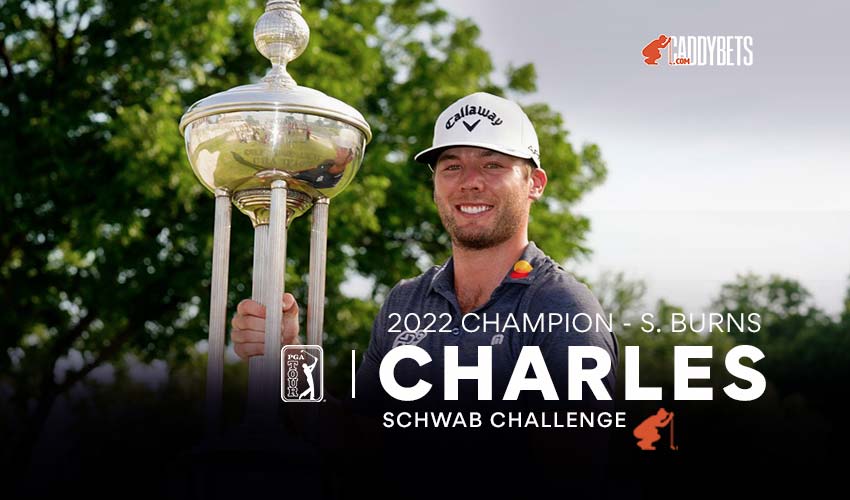 It was a playoff between multi-time winners on the PGA Tour this year and the two men who would be first and second in the FedEx Cup standings after the conclusion of the Charles Schwab Challenge.

And if this is a preview of the final day of the Tour Championship, Sam Burns and Scottie Scheffler provided a great appetizer on Sunday at Colonial Country Club in Fort Worth, Texas.

Sam Burns shot a 5-under 65 on Sunday to reach a 9-under 271 for the tournament. Burns said after his round that he thought he would have to be at 10-under to make a playoff, but two hours later, he was heading back out to replay 18 after Scheffler bogeyed 12 and parred the final six holes to finish at +2 for the day.

After erasing a seven-shot deficit, Burns then drained a 38-foot putt from the fringe to birdie 18 in the playoff, and Scheffler’s 37-footer missed to give Burns his third PGA Tour win of the season.

“I’m pretty exhausted,” Burns said after the win. “Mentally, I was prepared to go as long as it took. I don’t know if I could have done it physically. But mentally I was ready. When coach calls your name, you’ve got to be ready to play, and I think we did a really good job of being ready.”

Burns entered the day tied for 17th but was one of the few to post a great round on Sunday with winds whipping as much as 30 mph at times. Seven of the top-11 finishers posted a final-round score of par or worse.

“I gave myself a lot of looks,” said Scheffler. “I just didn’t have it today.”

It was an improvement, however, for the world’s No. 1 golfer, as he missed the cut at last week’s PGA Championship and didn’t have a top-10 finish since winning the Masters, capping a stretch where he won four out of six tournaments.

Scheffler and Burns are now 1-2 in the PGA Tour in wins (four and three) and in the FedEx Cup standings.

Brendon Todd started Sunday in second place, two shots behind Scheffler, and his 71 left him one shot short of joining the playoff, and he settled for a third-place finish. Tony Finau shot a 67 to end up tied for fourth with Davis Riley and Scott Stallings, who was the leader at the halfway point. Kevin Na, Jordan Spieth, Mito Pereira, Patrick Reed, and Cam Davis tied for seventh at 5-under.

While Pereira had a good finish a week after a double-bogey on hole 18 cost him a shot at the PGA Championship, the two playoff participants from a week ago—winner Justin Thomas and Will Zalatoris—both failed to make the cut at Colonial.

The PGA Tour starts June by heading north to Muirfield, Ohio for the Memorial—Jack Nicklaus’s signature tournament. Patrick Cantlay is the defending champion and also won in 2019. He will have to contend with a strong field, which includes 2020 winner Jon Rahm.