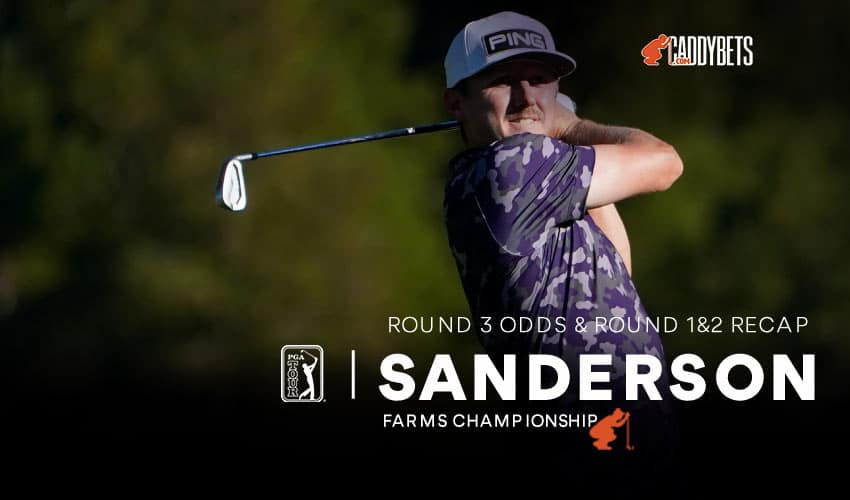 We are two rounds through the 2022 Sanderson Farm Championship and the tournament looks wide open. Thirty players currently find themselves within five strokes of leaders Mackenzie Hughes and Thomas Derry who lead the way on -10.

Through 36 holes we have seen contrasting weather. Day 1 saw reasonably mild and blustery conditions which made the course play difficult and long. Whereas on day 2 we saw a return of the sun and scoring looked a whole lot easier.

Starting the second round at -1, Hughes produced one of the best rounds of his career to vault up the leaderboard. A stunning round of 63 saw the Canadian score nine birdies, with four coming in just his first five holes. Ranked at 82nd in the world, Hughes is looking for his second win on Tour and carries a huge amount of momentum into today’s third round.

Playing alongside Hughes in today’s final pairing is the Belgian Thomas Detry. A solid European Tour player, Detry is relatively unknown in the States but he has played some wonderfully good golf over the first two days. Two rounds of 67 have fired Detry into contention and if he can keep this level of play up he could end up winning his first PGA Tour title.

Sepp Straka sits alone in third and is just one shot off the pace. The big-hitting Austrian is starting to make a real name for himself on Tour and had a great end to last season winning the Honda Classic, losing in a playoff in the St Jude Classic, and finishing in a tie for 7th in the season-ending Tour finals. Now ranked 36 in the world, Straka will want to reach even new highs with a positive showing this weekend.

Nestled two behind are a trio of players which include Americans Scott Stallings, Mark Hubbard, and South African Garrick Higgo. All are primed to strike in today’s round.

In such a tightly packed field there is value everywhere you look.

The current favorite is Thomas Detry. Detry has arguably been the tournament’s most solid player up this point. Producing a fine -5 in round 1, the smooth swinging Belgian followed that up with another fine showing in yesterday’s second round. Detry has just one professional win to his name, but if he can keep playing as he has over the first two days that record could well change.

Following Detry at the top of the market is Sepp Straka. Straka was one of the highest-ranked players heading into the week and so far hasn’t disappointed. With favorable conditions to come over the weekend, Straka looks primed to make the most of them. A birdie machine, this course will hold no fears and he has to be the value play of the weekend.

Despite his -9 under second round and his position at the top of the leaderboard Mackenzie Hughes still represents some decent value. Hughes has won once on Tour but that win came six years ago. During that six year spell, Hughes has threatened the top of leaderboards but has been unable to string four good rounds together. He will be hoping that can change here.

Some value could be had in Sam Burns. Burns entered the week as the highest-ranked player and as the tournament’s defending champion. Burns has had a quiet start to his title defense but only finds himself five off the lead. At a big price, Burns certainly has the game to claw back the deficit he currently faces and it wouldn’t be a surprise to anyone if he was bang in contention after today.