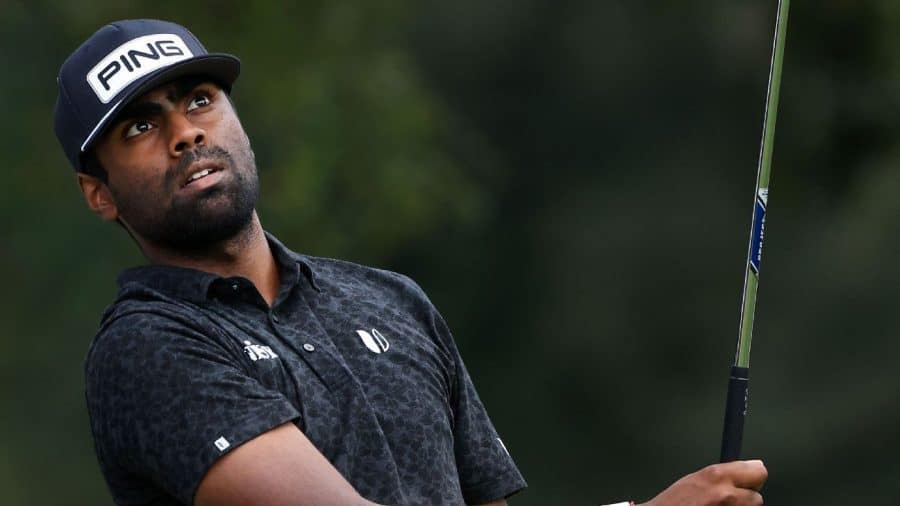 AT THE COUNTRY CLUB OF JACKSON VENUE

The Sanderson Farms Championship Highlights, on a beautiful Saturday in Jackson, Mississippi, we watched some first-time PGA Tour pros play their way into contention heading into the final day.  In fact, it’s crowded at the top as there are fourteen players within three shots of the leader, California rookie Sahith Theegala who finished at 18-under par.

Theegala was tied with Nick Watney and Will Zalatoris at the top of the leaderboard to start the day. As Theegala surged, Zalatoris didn’t make a birdie over the final 12 holes. He shot 72 and fell five shots behind in a tie for 16th, and Watney took a late double bogey on the 16th hole and shot 71, leaving him four back.

Coming into the Sanderson Farms Championship, oddsmakers such as Jazz Sports thought a lot about this PGA Tour rookie, as they had him sitting behind the projected favorite, Sam Burns, with the second-best odds to win the whole tournament.  Those of you trying to get to know the rookies on the tour are getting a massive introduction to Sabhith Theegala.  Theegala was the consensus NCAA player of the year as a senior at Pepperdine. Still, because his senior season was cut short due to the pandemic, he found himself playing between the Korn Ferry Tour and limited PGA Tour starts until making it to the big leagues with ease at the Korn Ferry Tour finals.

Theegala began his masterful back nine Saturday at Country Club of Jackson with three straight birdies, including the 15th when he drove past the green and then chipped up to watch it circle the cup multiple times without falling, and finished with a 5-under 67 to take a one-shot lead into the final round.

While Theegala holds a one-shot lead heading into Sunday, there are a bunch of guys playing really well right on is heels.  Cameron Tringale, who had the third-best odds to win the whole tournament, as predicted by Jazz Sports earlier in the week, certainly didn’t disappoint.

Tringale had a pair of eagles from long range with his putter and his wedge to match his career-best on the PGA Tour with a 62. He sits one shot behind, along with Sam Burns and Denny McCarthy, who each shot 65.  He had four birdie putts from the 12- to 15-foot range and holed a bunker shot from 100 feet away on the par-5 14th to remain close, but he did play with fire all day, and at some point, lucks runs out, so he will need to play a little more solid to win it all on Sunday. Sunday at The Country Club at Jackson is set up to provide you with some exhilarating golf.  With 15-guys within three shots of the lead, it’s anyone’s tournament at this point. However, watch out for the odds-on favorite Sam Burns as projected by Jazz Sports to really put the pressure on Theegala on Sunday.  Burns, who already won this year at the Valspar Championship, and was in the final conversation to be a captain’s pick for the Ryder Cup, sits right behind the leader at one stroke off the pace.  Burns and the rest of the field will undoubtedly put pressure on Theegala, and he will need to finish strong in order to hoist the trophy Sunday evening.