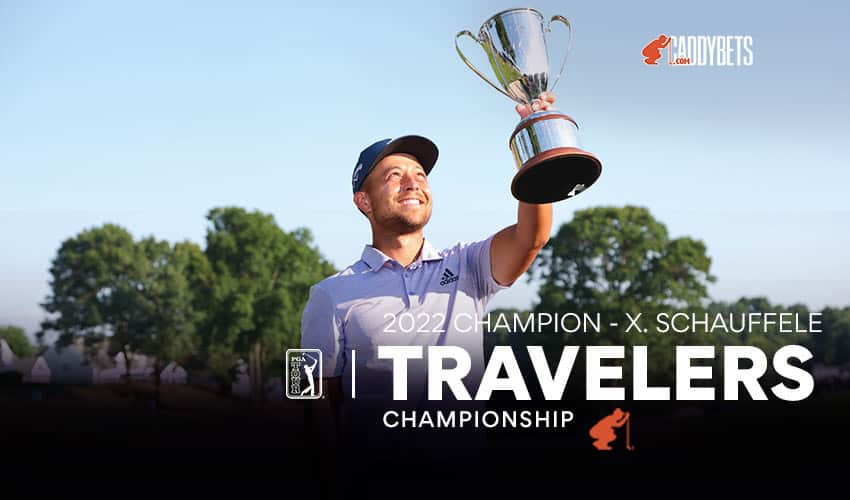 Since last winning an individual PGA Tour title at the 2019 Sentry Tournament of Champions, Xander Schauffele has since won an Olympic gold medal, a team victory with Patrick Cantlay at the Zurich Classic of New Orleans earlier this year, and a frustrating eight runner-up finishes.

“This is a big win for me mentally,” Schauffele said. “Just because I sort of had to check myself, you know what I mean? When you’ve been out here and things are going easy, you just expect to play well all the time. Sometimes it’s good to take a step back.”

It’s technically his second win of the year and moves him up to eighth in the FedEx Cup standings. The gold medalist said that missing a birdie putt on 18 at the WM Phoenix Open that would’ve forced a playoff between Cantlay and Scottie Scheffler was the most frustrating part of his run of being close but not winning a title.

“I think subconsciously, or without myself even really knowing, I was getting a little impatient,” he explained. “And this week I was just trying to be as aware–self-aware as possible to just stay as patient as possible.”

Since the win with Cantlay in New Orleans, Schauffele had posted solid results but nothing that stood out for the most part. He was fifth at the Byron Nelson, 13th at the PGA Championship, 18th at the Memorial, and 14th at last week’s U.S. Open.

J.T. Poston shot a 6-under 64 on Sunday to move up to a tie for second with rookie Sahith Theegala, who got one step closer to victory after tying for third at the WM Phoenix Open and tied for fifth at the Memorial—tied with Schauffele at both events, ironically.

Theegala had a share of the lead until his turn at 18, where his tee shot went into a fairway bunker and then took two tries to get out of it. He ended up double-bogeying the hole, which gave Schauffele some breathing room down the stretch.

“Somehow my body just, I just straight bladed it,” Theegala said of his 18th hole misadventure. “I had room there. I don’t know how it looked, but I had room there. Just didn’t think I would let myself blade it. But I guess the moment was — and then from there it’s, like, got to try and make 5 now.”

Michael Thorbjornsen, an amateur, finished in fourth place at -15 after a 4-under 66 on Sunday. It was the highest finish for an amateur at this event.

Cantlay came into the day just a shot off the lead but carded five bogeys in the first nine holes and ended up tied for 13th. Rory McIlroy, after shooting an opening-round 62 to hold the first-day lead with Poston, finished in a tie for 19th at 9-under. He’s played four tournaments in a row and will rest for a few weeks before The Open Championship at St. Andrew’s.

After a run of two majors and other big tournaments over the past month and a half, several of the PGA Tour’s best will rest while others head to TPC Deere Run for the John Deere Championship. Lucas Glover is the defending champion.