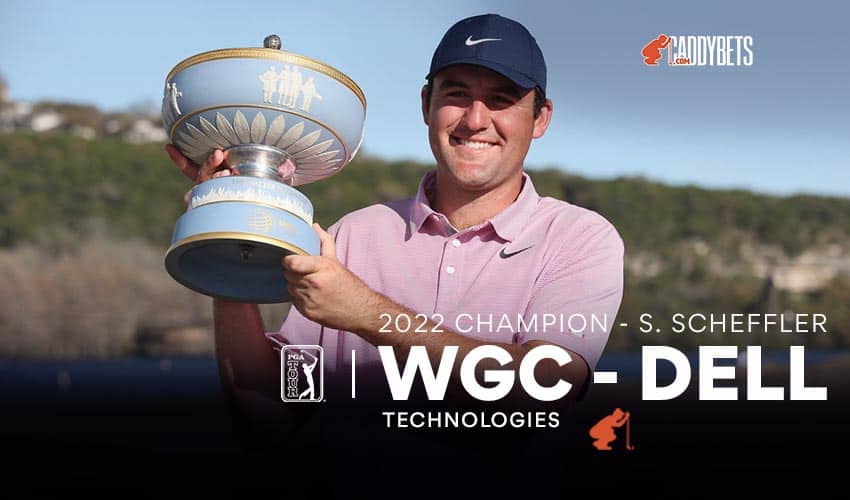 After being so close to winning on the PGA Tour for nearly a year, Scheffler is making up for lost time. The Texan won the World Golf Championships-WGC-Dell Technologies Match Play in his home state on Sunday for his third win in his last five starts. The victory propelled Scottie Scheffler into the No. 1 spot in the Official World Golf Rankings, ending Jon Rahm’s reign atop the list.

Scheffler defeated Dustin Johnson in a semifinal matchup on Sunday morning before jumping out to a big lead over Kevin Kisner, going 3 up after six holes and winning 4 and 3 after a par on hole 15 clinched the victory.

Winning at the Austin Country Club was a special moment for the 25-year-old Scheffler, as he went to school at the nearby University of Texas and had his family in attendance for the big win, doing one better than he did a year ago after losing in the championship match to Billy Horschel.

“Pretty cool to do that in front of my family. They’ve supported me so much along the way,” he said. “I really don’t know what to say about [ascending to the top of the world rankings]. I don’t feel like that. I don’t feel like No. 1 in the world. I feel like the same guy I was four months ago, and I hope that doesn’t change.”

Scheffler’s incredible run began last month when he won the WM Phoenix Open in a playoff over Patrick Cantlay. He followed that up with a win at the Arnold Palmer Invitational three weeks ago, and then capped the run with the win on Sunday.

He becomes the second-fastest golfer to get his third win so soon after his first, just behind Davis Love III, who did it in a 21-day span in 1996.

Being a WGC event, this also paid out 550 FedEx Cup points, which is 50 more than normal. The Arnold Palmer Invitational also awarded 550 points to the winner, so Scheffler extended his lead in the FedEx Cup standings with the win on Sunday. In reaching the top spot in the world rankings in his 92nd start, he becomes the third-quickest golfer to do so, behind Tiger Woods (21) and Jordan Spieth (77).

Kisner was looking for his second title here after winning three years ago, but after beating Corey Conners 2-up after birdieing the 18th hole. In Scheffler’s semifinal match against Johnson, he was up five holes before Johnson won four late, but Scheffler birdied No. 17 to win, 3 and 1.

Conners beat Johnson in the third-place match, 3 and 1.

The PGA Tour remains in Texas for the Valero Texas Open at TPC San Antonio. Jordan Spieth is the defending champion, and Rory McIlroy and Bryson DeChambeau are among the big names playing in this event, which is the final chance for a golfer to qualify for the Masters, which takes place the following week.