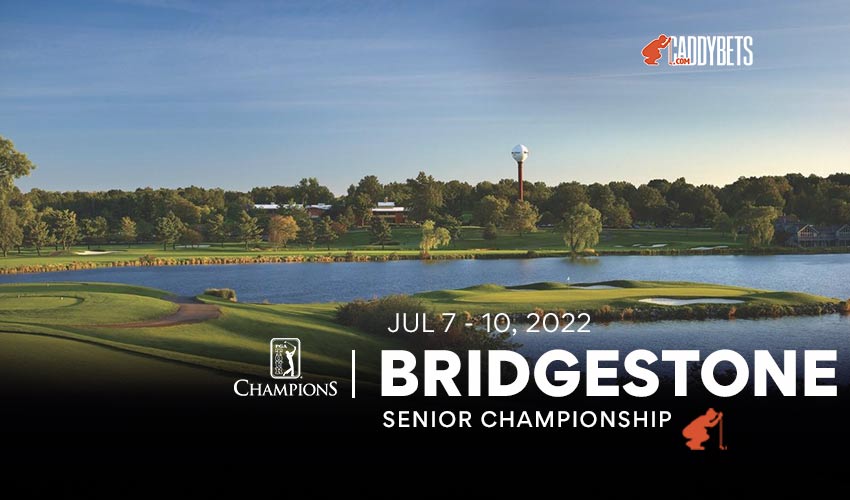 Major season on the Seniors Tour continues with this week’s Senior Players Championship. The action will take place at one of America’s finest golf courses, Firestone. The field is set with some household names and it should be a fantastic week of golf.

Steve Stricker starts the week as the defending champion following his six shot victory at last year’s Senior Player championship. The former US Ryder Cup Captain has showed that he can still compete on the main PGA Tour and is a dominant force on the Champions Tour.

Stricker has played six events on the Champions Tour this season and has finished in the top ten in five of these. Clearly a fan of the course, Stricker will be hoping to recapture his form from last year and win this tournament for the second successive year.

Sticking with the Steve’s and current favourite for the event is Steven Alker. The man from New Zealand is the current leader in the Charles Schwab having won three of his eleven starts on the Champions Tour this season. A winner of this year’s Senior PGA, Alker will be hoping he can bring his form to into the majors and make this week another defining one.

Leading the European challenge is the popular Spaniard Miguel Angel Jimenez. Jimenez is second in the Charles Schwab standings and has won twice in his twelve starts this season. He comes into the tournament having finished in the top 5 in four of his last five starts and he looks primed for a deep run here.

South African golfers have made the headlines recently due to their successes on the recently established LIV Golf series. Ernie Els was the trailblazer for this current generation of South African golfers and the ‘Big Easy’ is looking to win his first Senior Major. One of the best players in the field, Els’s chance of success will come down to whether he is successful on the greens or not.

No Senior’s preview can be complete without a mention to the iron man of men’s golf Bernhard Langer. Langer is a marvel and at 64 is still playing some fantastic golf. He has won once on the Champions Tour this season and has coupled that win with five other top ten finishes. Langer has won this tournament three times and knows what it takes to win around Firestone. Odds of +2000 could be overpriced.

At a bigger price Jim Furyk shouldn’t be ignored.  Furyk is one of the newest recruits to the Seniors Tour but hasn’t been playing his best golf recently. A turnaround could be just around the corner and at odds of +2800 he could be the value play of the week.

One of the bigger prices of the entire week is Justin Leonard. This will be Leonard’s debut on the Champions Tour and it’s a tough venue where he has chosen to make his start. Leonard is a twelve time winner on the PGA Tour and is the complete unknown quantity of the week. Odds of +7500 looks on the large side.