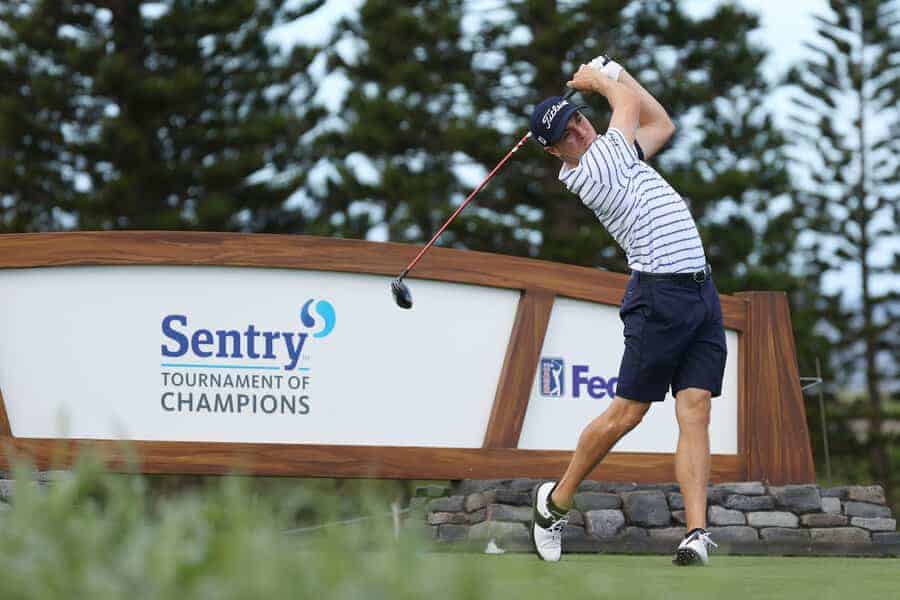 Sentry Tournament of Champions Round 1 Recap

Rahm and Cantlay Pick Up Where They Left Off, Trail Cameron Smith by 1 Stroke After Round 1 of PGA Tour’s Sentry Tournament of Champions

Here we have a Sentry Tournament of Champions round 1 recap, in case you don’t want to miss the details. After 12 holes, Patrick Cantlay and Jon Rahm—the top-two finishers in last year’s FedEx Cup—were racking up pars at Kapalua but sat well behind leader Cameron Smith, who finished his round with an 8-under 65 in round one of the Sentry Tournament of Champions in Hawaii.

Then starting at the 13th hole, the defending FedEx Cup champ and world’s No. 1 golfer turned things up. Cantlay finished the last six holes in a fury, going six-under in that span with four birdies and an eagle on the par-5 15th hole. Rahm birdied four of the last six, and both men finished at 7-under, one shot behind Smith.

Not bad for two golfers coming off a long layoff. Besides the Ryder Cup in late September, Cantlay hadn’t competed since the Tour Championship in early September, and Rahm took a break from golf in October after suffering from burnout.

“I still think I’m a little rusty and I saw that in my start,” said Cantlay, referring to going 1-under in his first 12 holes. “I got away with a couple of loose swings and one flier on the sixth hole where I was able to make a par, but maybe shouldn’t have.”

“You can always expect a little bit of rust,” Rahm said. “I took time off, but I wasn’t on the couch doing nothing. I was still working out. I was still practicing as if I was still in the season. I took maybe three weeks off of golf, which were very needed. But even though I was home, I was practicing.

Smith, an Australian who could’ve made more noise in the FedEx Cup last year if not for losing a playoff to Tony Finau at The Northern Trust, started with two eagles early on his way to the first-round lead.

Daniel Berger joined Rahm and Cantlay at -7 on the day. Behind that trio, three golfers were at -6: Sungjae Im, Kevin Na, and Erik van Rooyen.

Only four golfers didn’t break par, but three are surprises. Justin Thomas, a two-time winner at Kapalua and a co-favorite with Rahm to start the tournament, is tied for last at +1 with Patrick Reed. Defending champion Harris English also shot even par.

Fortunately for that group, this is a no-cut event, so they have time to make their way back into contention starting in round two on Friday.