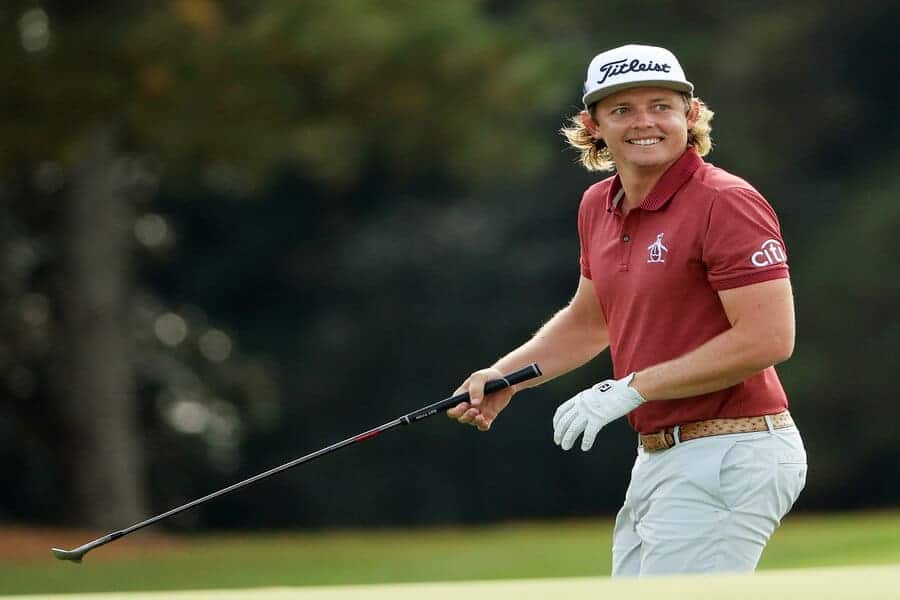 Coming into the Sentry Tournament of Champions round 2, most people expected to see some rust after the holiday hiatus, but that certainly hasn’t been the case for Cameron Smith. Instead, Smith took control of the leaderboard from the second straight day with a 9-under par. Smith looks poised to take this thing wire to wire, but with the best-of-the-best chasing him, Smith needs to be flawless through the weekend to hold on.

One of the guys chasing him is Patrick Cantlay.

Cantlay, the FedEx Cup champion and PGA player of the year, missed an 8-foot birdie putt on the final hole and had to settle for a 67. Cantlay finished four shots behind and had increased his odds to win the tournament to +700, as projected by Jazzsports.ag/*. Cantlay was one of the players who had not competed since the Ryder Cup in late September, so I was not expecting much from him this week, but he had six birdies to finish his two rounds at 13-under par. Rust may have played a bit of a factor in his putting because he did miss four birdie putts from 10-feet or shorter; otherwise, he might be at the top of the leaderboard with Smith.

Let’s get back to Smith. Cameron Smith ended his second round with a 9-under 64 and a three-shot lead and was inserted as the clear favorite at +150 odds, as projected by Jazzsports.ag/*. Smith started a little shaky opening with two straight bogeys and losing his one-stroke lead. But, after that, Smith turned it up a bit and rattled off four consecutive birdies to climb back on the top of the leaderboard. Although I’ve been impressed with Smith’s performance thus far, and I think he will be in contention come Sunday, I don’t think he’s going to be hoisting the trophy Sunday evening.

The man lurking behind Smith on the leaderboard is my pick to win it all.

To be honest, I thought Jon Rahm would show a bit more rust from his long layoff, but that really hasn’t been the case at all as Rahm didn’t miss a fairway or a green the entire round and finished with another 66. Rahm has increased his odds to win the tournament to +330, as projected by Jazzsports.ai/*, and my pick to win it all come Sunday. Rahm currently sits three strokes behind the leader Smith heading into the weekend, and he looks locked in. Look for Rahm to turn up the heat on Smith early in the round on Saturday as he looks to take control of the leaderboard.

After the Sentry Tournament of Champions Round 2, Cameron Smith has been inserted as the favorite, as projected by Jazzsports.ag/*