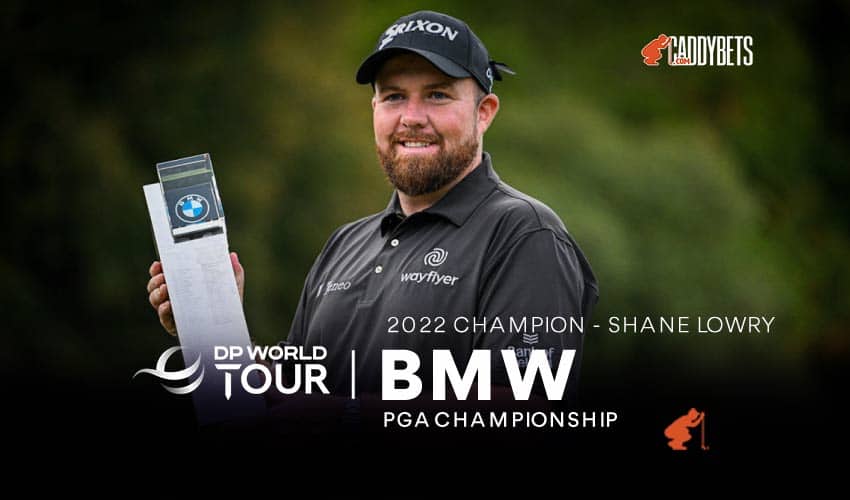 After several weeks’ worth of lower-quality fields, the DP World Tour had several stars competing on Sunday at the BMW Championship, and the final round of the tournament delivered.

Shane Lowry’s birdie putt on 18 left him watching to see if his 65 would be enough to win one of the European tour’s signature events or if a playoff with Rory McIlroy, two weeks removed from his FedEx Cup championship on the PGA Tour, would be necessary.

McIlroy lined up a 25-footer for eagle on the par-5 finishing hole, and his putt looked good the whole way—until it stopped just inches to the right of the cup.

The result left Lowry a winner at 17-under for his first victory since the 2019 Open Championship.

“I love it here, I’ve contended in the past,” Shane Lowry, who actually finished second behind Rory McIlroy at this event in 2014, said. “The bad shots that I’ve hit over the years in contention actually started to creep into my head. It’s amazing what this game does.”

The Irishman just missed out on qualifying for the Tour Championship last month but had success in 2022, highlighted by three top-3 finishes in a five-event span from February through April, including a third at the Masters.

Lowry’s birdie allowed him to jump Jon Rahm, who shot a 62 on Sunday to finish at -16 for the 54-hole tournament. The event, contested at Wentworth Golf Club in England, was shortened by one round after pausing on Friday due to the death of Queen Elizabeth II.

Despite missing the eagle putt to force a playoff, McIlroy’s runner-up finish kept him atop the DP World Tour standings and keeps him in line to become the first golfer to win the season championship for the PGA Tour and DP World Tour in the same year.

“I thought 3 feet out even that that putt was going in the hole,” said McIlroy. “It just sort of wriggled right on me at the end. But overall, it’s been another really good week.”

Talor Gooch came in fourth place at -15, making him the highest-finishing player from the LIV Golf series. Patrick Reed, another LIV member, tied for fifth with Viktor Hovland, Saren Kjeldsen, and Thomas Detry. Hovland and Kjeldsen entered Sunday tied for the lead, but each shot a 2-under 70 to finish at -14.

The PGA Tour begins its 2022-23 season this weekend with the Fortinet Championship in Napa, California, but several top stars are staying on the European tour this week for the DS Automobiles Italian Open. The venue—Marco Simone Golf Club in Rome—is the site of the 2023 Ryder Cup, so likely members of the European team (McIlroy, Hovland, Matt Fitzpatrick, Tyrrell Hatton, and Molinari among others) are getting a first-hand look at the course.

Follow us on Social Media for more Shane Lowry updates.