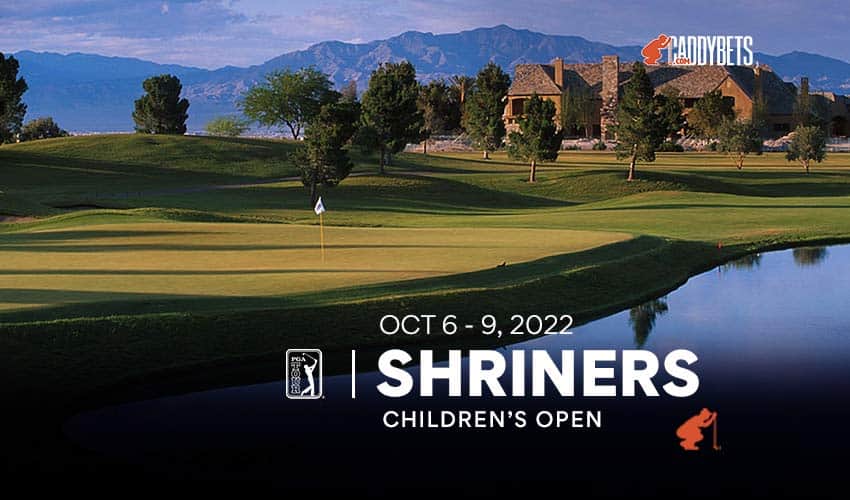 An October where PGA Tour pros can rack up the frequent-flier miles begins this weekend in Las Vegas, as the tour has events in three different countries this month—the U.S., Japan, and Bermuda.

It begins at the Shriners Children’s Open at TPC Summerlin in Las Vegas, where Sungjae Im ran away with the win here last year on the heels of a final-round 62. Twelve of the world’s top-50 golfers will be competing in Vegas, including Im, fellow Presidents Cup teammates Tom Kim and Taylor Pendrith, plus Patrick Cantlay and Max Homa, who are teeing it off for the first time since their Presidents Cup win two weeks ago.

The tournament debuted on the PGA Tour schedule in 1983. Jim Furyk is the only three-time winner of this event, and the 1996 edition is famous for being Tiger Woods’ first win as a pro.

TPC Summerlin rates as the easiest par-71 course on the PGA Tour, and it clocks in at 7,255 yards. Water comes into play on the last three holes, but the course is mostly desert—sand and wide fairways. The greens are also larger than most courses. Im went on to lead the field in Greens in Regulation and Strokes Gained: Tee-to-Green last year on his way to a 24-under 260, which tied the course record.

Cantlay Favored Ahead of Im

The 2017 winner here, is the betting favorite this weekend. To go along with the win and two runner-ups, Cantlay’s worst finish in this event is eighth in four tries, so expect him to be among the leaders. Cantlay was unable to defend his FedEx Cup at the Tour Championship but is in good form overall, going 3-1-0 in the Presidents Cup and winning the BMW Championship in late August.

Was 2-2-0 at the Presidents Cup, finishing on a high note by beating Cameron Young in a singles match on the final day. While this tournament was his only win in the 2021-22 FedEx Cup season, Im finished out the season with three runner-up finishes, including in the season-ending Tour Championship, and ended up no worse than 15th in his final five starts.

With all the talk of a duel between Cantlay and Im, there are some gems in the next tier on the odds board, starting with Max Homa (+1800). Homa’s recent form is in contrast to his course history here (just one cut made in five tries). But the 31-year-old is coming off arguably his best month as a pro, finishing fifth in the Tour Championship, successfully defending his title at the Fortinet Championship, and going 4-0-0 at the Presidents Cup. If he struggles, that means this course just isn’t for him.

On the other end of the spectrum is Tom Kim (+2000), the 20-year-old sensation who cashed in on a must-win situation at the Wyndham Championship in August to reach the FedEx Cup playoffs and despite a 1-3-0 record at the Presidents Cup, he battled Homa down to the wire in a 1-up loss in the final round.

Aaron Wise (+2000) finished eighth here last year and has finished in the top 10 in this event at a 50% clip in six tries. He flew under the radar a bit last season due to not logging a win, but he was constantly in the mix. Along with a runner-up finish at the Memorial, Wise was playing on the weekend in 13 of his final 15 events, finishing no worse than 34th in seven of his last eight tournaments, which includes a 13th at the Tour Championship his last time out.

If you like rookie picks, look no further than Taylor Montgomery (+2500). The first-year PGA Tour pro is the only golfer to have top 10s at both the Fortinet Championship and Sanderson Farms Championship, and it’s a home game for him this week since Montgomery is a Las Vegas native and resident.

Emiliano Grillo (+3000) did at the Sanderson Farms Championship last week in Mississippi what Im did here a year ago: lead the field in Greens in Regulation. He finished fifth in that event despite a first-round 73 and was 25th in the season-opener at Silverado. Grillo also had two runner-up finishes this summer.

Kim Si Woo (+3000) ruffled some feathers at the Presidents Cup with a celebration after beating Justin Thomas on the final day, and what better place to display some swagger than in Las Vegas. He missed the cut here last year but shot a 70 and 72, so he wasn’t far off.

Just outside the top 10 on the odds board are Cam Davis and Dean Burmester (+3500). Davis looks to have regained his form at the Presidents Cup while Burmester finished fourth last week in his first event as a PGA Tour member. And that was no fluke—the South African has seven top-10 finishes worldwide in his last 11 tournaments.

Thomas Detry (+4000) is here on a sponsor’s exemption and is coming off a ninth-place finish last weekend in Mississippi, where he was the 36-hole leader before slipping a bit. But we’re not worried about that fade because his prior two starts were also excellent: 12th at the Fortinet Championship and fifth at the BMW Championship against an elite field.

Matthew NeSmith (+6000) was ninth at the Sanderson Farms Championship last week and is coming to one of his best courses. His worst round here out of 12 is a 69 and has finishes of eighth, 14th, and 18th in his three previous visits, so if you’re looking for a potential first-time PGA Tour winner, this could be your bet.

With scoring expected to be low, it’s tough to rule anyone out. Cantlay is a contender any time he’s on the course, and the value with Im and Homa is good. We also like Grillo and Davis to provide even more value.