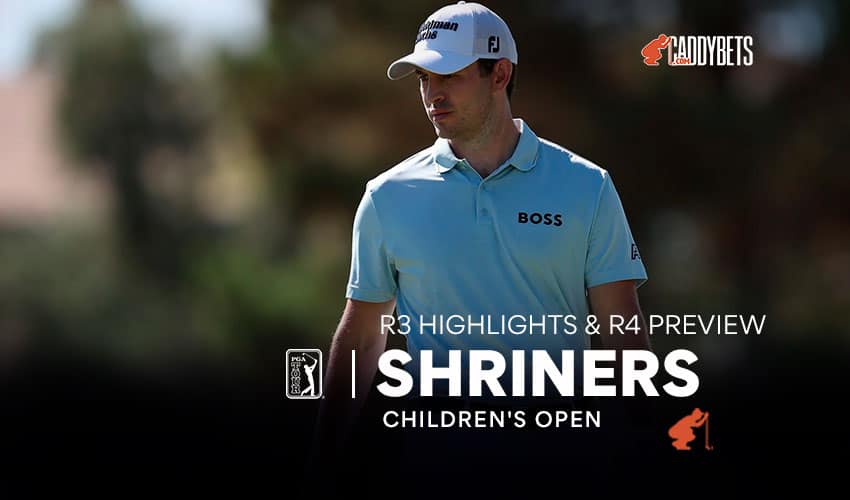 Leading the way on -19 is the pair of Tom Kim and Patrick Cantlay. They are currently three strokes clear of Matt NeSmith and second-round leader Mito Pereira.

Heading into the week, Cantlay and Kim were amongst the two highest-ranked players on the field and they showed all of their class yesterday.

Cantlay in particular was majestic. The American is arguably the most consistent player on Tour and he showed that his game was in full working order on his way to shooting a stunning -11, a round of 60 yesterday. Cantlay’s round included 11 birdies and no dropped shots. Anything close to that performance today could see him net his ninth PGA title.

Tom Kim started day two off overnight leader Mito Pereira and after a slow start to his round, he would go on to score nine birdies in his final fifteen holes. Many pundits believe that Kim is a future world number one. He has enjoyed a meteoric rise up the rankings and a win today would cap off an excellent few months.

Yesterday was a birdie bonanza and many players produced some great golf to stay in contention.

Matthew NeSmith finished in the top ten at last week’s Sandersons and looks on course for another competitive finish here. A -8, 63 will see him start the day just three behind.

NeSmith will be joined by Mito Pereira who despite dropping off the top of the leaderboard still finds himself in contention. Pereira played well enough yesterday but couldn’t quite get the putts to drop. He will need to rediscover the scoring touch that served him so well across the first two rounds.

Special mentions must be given to Englishman Aaron Rai and South Korean Sung Jae Im. Both produced rounds of 63 yesterday and absolutely lit up the course. Rai will start day five off the pace whereas Im has four shots to claw back.

Due to the setup of TPC Summerlin, today’s final round should see plenty of low-scoring golf ahead of what could be a dramatic day.

Birdies and eagles will very much be the order of the day and if someone can make a final day charge they could very much find themselves in the final picture.

Patrick Cantlay will start the day as the favorite and it’s easy to see why. Through his first 54 holes, Cantlay has scored 21 birdies and just dropped two shots. He looks like a man in complete control of his game and carries positive momentum into today. He stands alone in the field when it comes to achievements in the game and is very much the one to beat.

Tom Kim will start the day level with Cantlay and as he showed in the Presidents Cup, there won’t be any fear when he steps onto the first tee. Kim looks like a man who truly belongs at the elite end of the game, and a first PGA Tour title is certainly in his sights. It will be fascinating to see how he handles what could be a career-defining day.

We mentioned Sung Jae Im as a player to watch out for yesterday and the South Korean didn’t let us down. Im can be a prolific scorer and despite sitting four behind the leaders he is definitely the value play of the day.