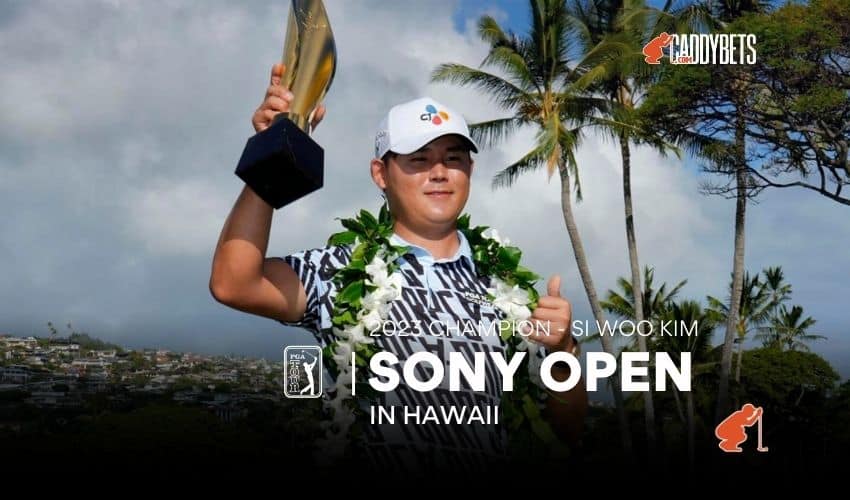 Will 2023 be the year of the comeback on the PGA Tour?

After Jon Rahm erased a seven-stroke deficit last week at Kapalua, Si Woo Kim overcame being three shots behind Hayden Buckley to win the Sony Open in Hawaii, which was the first full-field PGA Tour event of the calendar year.

For Kim, it marks the fourth win of his career and snaps a nearly two-year winless drought. His last victory was in 2021 at The American Express, which is the next event on the schedule.

After three quick birdies helped him get even with Buckley, they battled down the stretch.

Kim was lining up a chip on 17 when he heard the crowd react to a birdie putt that Buckley hit behind him on 16.

At that point, Kim said he knew he had to go pin hunting if he wanted to win the tournament. His gamble paid off, as he chipped in to match Buckley’s birdie.

Kim then put the pressure on Buckley by knocking his second shot on the par-5 18th from the fairway bunker right onto the green. He two-putted for birdie to take a one-stroke advantage.

Buckley, who missed two putts inside 5 feet earlier in the round, knew he needed a birdie to force a playoff, but his 12-foot putt to do so missed the mark.

It was the second top-five of the season for Buckley, and he’s chalking up missing out on his first PGA Tour win as a learning experience.

“Winning on the PGA Tour is the hardest thing to do, and sometimes, you just get beat, and I feel like that’s what happened today,” Buckley said. “I think confidence is something that I will never lose just because I’ve seen the way I hit the ball, and I’ve seen the way I can just rise to the occasion. Unfortunately, it didn’t happen today, but I think good things are coming.”

Buckley shot at 2-under 68 on Sunday, leaving him with a 17-under 263 for the tournament. Kim finished at -18 after back-to-back 64s on Saturday and Sunday. Kim said that he has high expectations for himself, and he and his new caddie, Manny Villegas, have lots of conversations about attitude and expectations.

“I’ve got too much pressure and too much high expectation, so I think that makes me more nervous,” Kim explained. “With Manny, I talked to him, so I’m trying to be better attitude and trying to act better. When I [don’t] hit the best shot, try to be less upset [about it].”

Chris Kirk finished in third, one shot behind Buckley. Tied for fourth at -14 were Andrew Putnam, David Lipsky, and Ben Taylor. Among a five-way tie for seventh was Aaron Baddeley. The 41-year-old hasn’t won on the PGA Tour in nearly seven years, and he got an exemption into this tournament last Sunday. The other seventh-place finishers were Matt Kuchar, Maverick McNealy, Nate Lashley, and Nick Taylor.

The PGA Tour heads to the West Coast for the next month, starting with The American Express at PGA West. Scottie Scheffler will have another chance to surpass Rory McIlroy as the top golfer in the world rankings, and Jon Rahm will also be looking to continue his hot streak. Hudson Swafford is the defending champ, and he will be contending against five of the top-10-ranked golfers in the world this week.