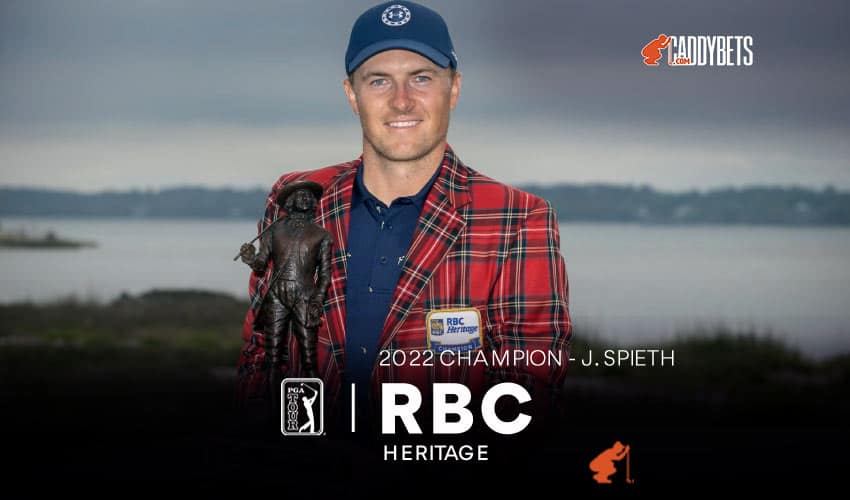 Spieth Prevails in Playoff Over Cantlay to win RBC Heritage

One week after missing the cut at the Masters, a refocused Jordan Spieth won on Easter Sunday for the second consecutive year.

Jordan Spieth emerged from a crowded leaderboard to go into the clubhouse with a 5-under 66 on Sunday, and the only golfer who could match his -13 over 72 holes at the RBC Heritage at Harbour Town in Hilton Head, South Carolina was defending FedEx Cup champion Patrick Cantlay.

The duo headed to a playoff, and thanks to a 56-foot shot from a bunker that landed within a foot of the cup on the lighthouse 18th hole, Spieth had his second-straight win on Easter Sunday.

Spieth, who had a bit of a career resurgence last year, showed that he still had it in him to win, even if he thought it might not quite be enough this week

“I honestly felt like this was that week [where you play well but aren’t good enough to win,]” Spieth said. “I needed a lot of things to go right.”

After winning the Valero Texas Open on Easter 2021, one might wonder what tournament will take place on the holiday in 2023.

The answer? The Masters at Augusta.

After being advised of that nugget of information, the 2015 Masters champ smiled and said, “That’s good vibes.”

It was the second playoff loss of the year for Cantlay, who had his best finish since falling to Scottie Scheffler at the WM Phoenix Open two months ago. Cantlay’s approach on 18 also found the bunker just short of the green, but his ball plugged in the sand, not giving him much of a chance to get the ball close to the hole.

“Obviously, with it plugged like that, it’s darn near impossible to get the ball close,” Cantlay said.

Spieth put himself in line for his 13th-career victory when leader Shane Lowry double-bogeyed the par-3 14th after chipping into the water. The 2019 Open Championship winner has been on a roll as of late, finishing tied for third for the second-straight week after doing so at the Masters and has been no worse than 13th in his last five stroke-play events, but his first win since that major title still eludes him.

Harold Varner III was vying for his first PGA Tour title by starting Sunday in the lead, but he shot a 1-under 70 to finish one shot off the leaders. Also tied for third at -12 were Cam Davis (after shooting a 63 on Sunday), J.T. Poston, Cameron Young, Sepp Straka, and Matt Kuchar. Tommy Fleetwood and Erik van Rooyen were tied for 10th at -11 for the tournament.

Team golf takes place for the first time in 2022 this coming week at the Zurich Classic in New Orleans. Defending champs Cameron Smith and Marc Leishman will be back and facing formidable competition, including a team of Collin Morikawa and Viktor Hovland, Masters champ Scottie Scheffler and Ryan Palmer, and Cantlay and Xander Schauffele. Smith, who has won twice this year and was in contention for the win at the Masters, also won this event in 2017, which was the first year of the team format.