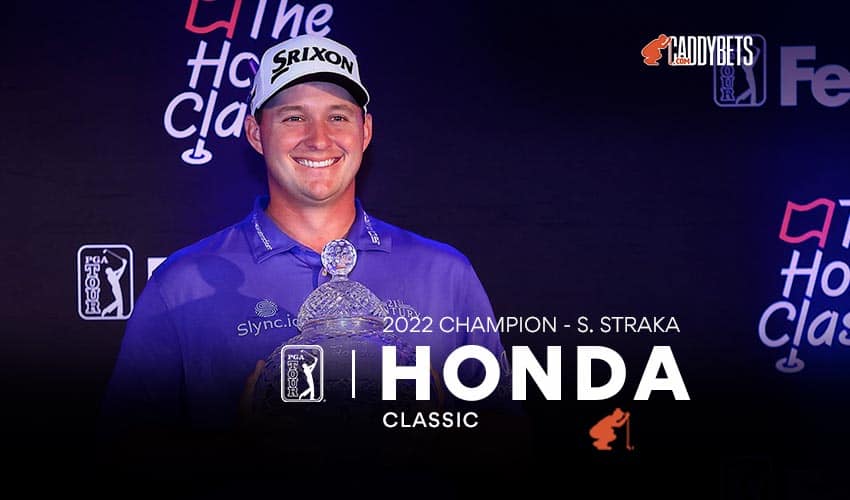 Sepp Straka became the first Austrian to win on the PGA Tour, overcoming a five-shot deficit Sunday to win the Honda Classic.

The Ryder Cup participant, playing close to his hometown of Jupiter at PGA National in Palm Beach Gardens, Florida, was ahead by five shots and looking for his fifth-career PGA Tour win, but he was +4 after six holes Sunday, opening the door for Europeans Sepp Straka and Shane Lowry to duel for the win. Daniel Berger had no such luck on Sunday at The Honda Classic.

Straka, a 28-year-old who was born in Austria but has lived in the U.S. state of Georgia for half of his life, hit a birdie putt on 18 to edge the veteran Shane Lowry, a former Open Championship winner, by one stroke to become the first Austrian-born winner on the PGA Tour.

“There are no gimme holes at all. You want to stand on that 15th tee with a chance to win, and we were there,” Straka said, who won in his fourth season on the PGA Tour.

Straka was referring to the Bear Trap—the nickname for difficult holes 15 through 17, and he passed through it at 1-under before the birdie on 18 to win the tournament. After the win, Straka was very excited to have qualified for the Masters in April in his adopted home state.

“It’s a lifelong dream of mine just to be heading to Augusta in a month or so. It’s still surreal, I’m sure it’ll sink in here before long, but yeah, it’s crazy,” Straka said after the win.

Lowry caught a bad break on No. 18, as he had to play it in a driving rainstorm. He parred the hole, opening the door for Straka’s birdie.

“I didn’t play well, so I didn’t win the golf tournament,” Berger said. “That’s unfortunate, but I actually felt good. I just didn’t hit the shots that I needed to at the right time. That’s the way golf goes.”

Kitayama, the leader after the first round on Thursday, wound up in third place at 8-under. It’s his career-best finish and just the third time in nine events this season that he made the cut.

Gary Woodland’s 67 on Sunday moved him up eight places into a tie for fifth with Swede Alex Noren. Matthias Schwab and Chris Kirk tied for seventh place at 3-under, and there was a six-way tie for ninth place that included defending champion Keith Mitchell.

After many of the world’s top-ranked golfers took this week off after competing at Riviera last week, another big field returns this week for the Arnold Palmer Invitational at Bay Hill in Orlando, which is the highest-paying FedEx Cup points event so far this season. World’s No. 1 golfer Jon Rahm, defending champion Bryson DeChambeau, and FedEx Cup points leader Hideki Matsuyama are all part of a deep field.