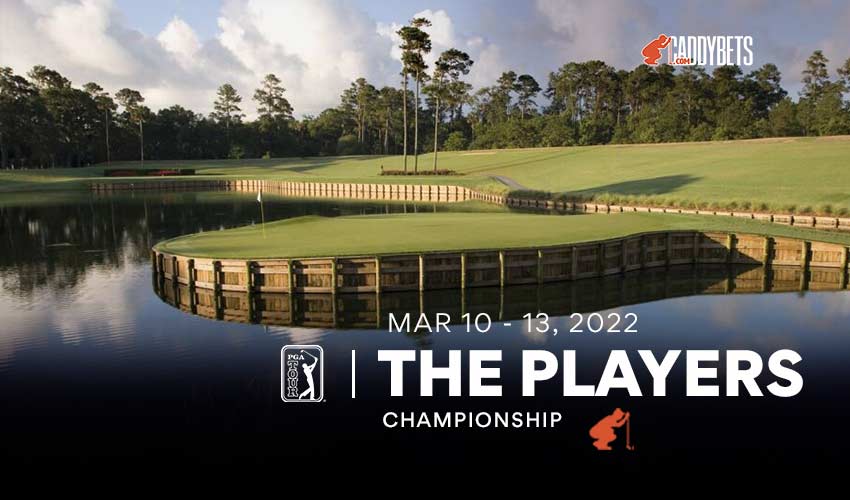 48 of Top 50 Golfers Ready for The Players Championship, Golf’s Richest Event of 2022

We’ve had two big golf events over the past three weeks with all of the world’s top-10 golfers playing at Riviera and then having a loaded field for the Arnold Palmer Invitational last week.

But this weekend marks the biggest event of the season so far, as 48 of the top-50 in the Official World Golf Rankings are entered in The Players Championship, which is referred to as golf’s unofficial fifth major.

The event began in 1974, and the field consists of 144 players that must meet specific criteria to qualify.

Included in the field are PGA Tour event winners from the last calendar year, winners of this tournament and major champions from the past five years. In addition to the top 125 from the prior year’s FedEx Cup points list and the top 10 from the current year’s standings, the Senior Players champion from the prior year and up to two from the Korn Ferry Tour are invited to Ponte Vedra Beach, Florida.

Justin Thomas won last year’s event at 14-under, one stroke better than Lee Westwood. Jack Nicklaus is the only three-time winner of this event while two-time winners include Tiger Woods, Fred Couples, and Davis Love III.

The winner receives 600 FedEx Cup points (as opposed to the normal 500) and $3.6 million out of the $20 million purse, which is up significantly from last year’s $15 million purse, making this the richest event in golf.

The tournament began play on the Stadium Course at TPC Sawgrass in 1982. The course is a par 72 and measures 7,189 yards, but what the course lacks in length, it makes up for in patience required by golfers.

The 17th hole here is one of the most famous holes in golf–the “Island Green” par-3 hole, as the green is nearly completely surrounded by water (save for a small strip of land for golfers to be able to walk to the green).

Prior to that, the par-5 16th offers an eagle opportunity if the water on the right can be avoided, and the 18th hole, a par 4, also bends around water and was the second-hardest hole during last year’s tournament.

The course record dates all the way back to 1994, when Greg Norman shot a 24-under 264, four shots better than Fuzzy Zoeller that year, whose -20 is incidentally the second-best score in tournament history.

Can Thomas Outduel the World’s Best to Repeat?

Won here last year in what turned out to be by far his best effort in what was a down year for him. He picked things up in the FedEx Cup playoffs, finishing fourth at the Tour Championship, and he’s been fantastic so far this season. In seven events, his worst finish is a tie for 20th. Justin Thomas has three top-five finishes, and he skipped Bay Hill last week. His last two outings were an eighth at the WM Phoenix Open and a sixth at The Genesis Invitational at Riviera. Besides last year’s win, he’s finished in the top 11 here in three of his last five tries.

His main competition could be Collin Morikawa. The No. 2 ranked golfer in the world also skipped Bay Hill and is coming off a second-place finish at Riviera. Morikawa played in this event for the first time last year after it was canceled in 2020 due to the COVID-19 pandemic. While it took Morikawa a little while to get used to the course (he finished 41st), he did shoot a 66 in the final round, which was the best score on that day. Collin Morikawa doesn’t have a win yet this PGA Tour season, but he’s finished no worse than seventh in the five events he’s played in, including a runner-up finish at The CJ Cup in October to go with his runner-up finish three weeks ago.

Might be flying under the radar a bit despite being the world’s top-ranked golfer, but the oddsmakers here have installed him as a slight favorite at +1100. Rahm was 21st at The Genesis Invitational and 17th at Bay Hill last week, but he had a pair of top-three finishes on tour in January. In addition, TPC Sawgrass suits Rahm’s game very nicely (he finished ninth here last year). Due to so much water surrounding the greens here, one of the most important statistics on this course is Strokes Gained: Approach. Rahm leads the PGA Tour in that statistic over the past 24 rounds, so expect Jon Rahm to be a bit higher up the leaderboard this week than we have seen recently.

One of two golfers at +1800, won here in 2019. He missed the cut a year ago in a miserable performance, but he struggled for periods of time in 2021. After the Ryder Cup, he rediscovered his game by winning The CJ Cup and performing well in DP World Tour events in Dubai. Since returning stateside, he was 10th at Riviera and led after the first round of the Arnold Palmer Invitational last week before back-to-back 76s on the weekend left Rory Mcllroy in 13th place.

Is the other golfer at +1800. The defending FedEx Cup champion had a string of six-straight top-10 finishes dating back to last year’s playoffs snapped in a 33rd-place effort at Riviera, one week after losing in a playoff to Scottie Scheffler at the WM Phoenix Open. There may not be great value here with Cantlay, however, as he’s made the cut just twice in four attempts at Sawgrass and doesn’t own a top-20 finish here.

Missed the cut here last year but has only done so twice in two years. The other MC was at the WM Phoenix Open last month, but he rebounded nicely, finishing fourth at The Genesis Invitational and tied for runner-up last week at Bay Hill despite shooting +5 on Saturday and Sunday after leading halfway through the event.

May be the one golfer hotter than Hovland right now. The 25-year-old outdueled Cantlay for his first PGA Tour win in Arizona four weeks ago and followed that up with a win at the Arnold Palmer Invitational last week. The current FedEx Cup points leader also has a second-place finish at the Houston Open and was also runner-up at the unofficial money event Hero World Challenge. The only negative facing Scheffler this weekend is inexperience, as he has only played this event once and missed the cut in 2021.

Three others also come in with +2500 odds. One is Hideki Matsuyama, whose 63 here went to waste in 2020 when the event was canceled due to the start of the pandemic. He missed the cut here last year and in 2018, but his other five attempts all netted top-25 finishes, including an eighth-place effort in 2019.

Daniel Berger and Brooks Koepka are the other two at +2500.

Koepka missed the cut at Riviera but was third at the WM Phoenix Open and 16th at The Honda Classic. Four of his eight wins have come at majors, and he was 11th and 16th in his last two tries at The Players Championship. Berger has finished ninth here twice, including in 2021, and led going into the final round of The Honda Classic before settling for a fourth-place finish.

It’s a surprise to see Dustin Johnson in this column, but due to a lack of visibility this year, he’s at +3500 coming in. DJ was fifth here in 2019 and his dominant 5-0-0 performance at the Ryder Cup wasn’t that long ago, and he also came in eighth in defending his championship at the Saudi Invitational last month.

Another big name who loves this course is Sergio Garcia. The Spaniard has made 17-straight cuts here, including a ninth-place effort in 2021. He won here in 2008 and has two runner-ups (2007, 2015) among seven top-10 finishes. He hasn’t been amazing this year, but the 2017 Masters champ was seventh at Mayakoba against a decent field and fared well against stiff competition at The CJ Cup (25th), The Genesis Invitational (39th), and last week’s Arnold Palmer Invitational (38th).

Rahm is in the top five in three key metrics that are key to success at Sawgrass, and this is one of the rare times this year where he has been over +1000 in odds. McIlroy has been so close on many occasions in 2022, so this could be his time, and Victor Hovland just seems unstoppable as of late. A win here in such a prestigious event can boost his name into an elite category, which would match his game in the past six months.

Follow us on Social Media for instant The Players Championship information and more!