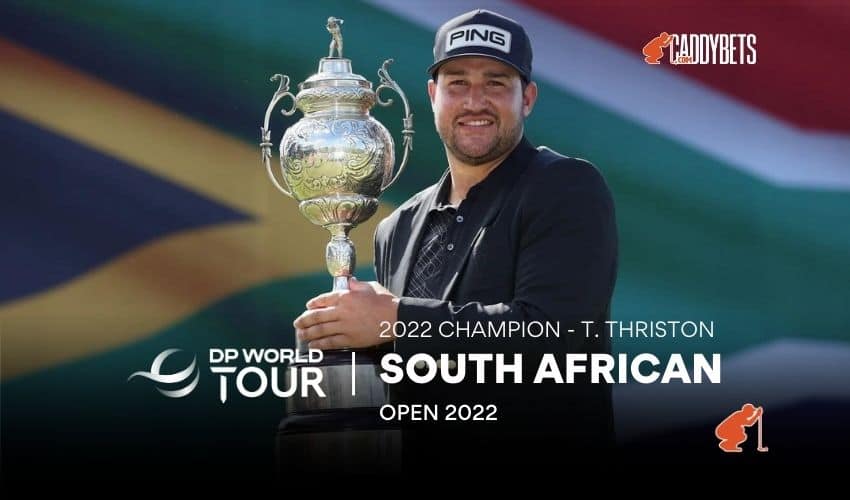 Last year, Thriston Lawrence won the Joburg Open, but he didn’t get a lot of credit for the victory, but now he has shown us what he is capable taking the South African Open 2022

A combination of bad weather and the emergence of the Omicron variant of COVID-19 forced that tournament to be called after 36 holes.

He redeemed himself with another win on the DP World Tour earlier this year (European Masters), and now, he returned to his home country and won the South African Open under sunny skies and a full 72 holes.

“This is what you strive for. Being a kid, you dream for this moment, to win such a prestigious event in front of an amazing crowd,” Lawrence said after his third DP World Tour win in 53 weeks.

Lawrence entered the day with a two-stroke lead over Clement Sordet, but the lead evaporated on the first hole with a bogey by the leader and a birdie by Sordet. By the turn, however, Lawrence pulled out to a five-stroke lead, but then it was the Frenchman’s turn to chip away at the lead.

Another birdie-bogey swing on No. 14 dropped the lead to three strokes, and Lawrence went +3 on the next two holes compared to pars for Sordet to tie things up with two holes remaining.

Sordet missed a par putt on 17, however, and Lawrence regained the lead. After Sordet parred 18, Lawrence reached the fringe in two on the par-5 finishing hole, so he was able to take three putts to par and win the tournament.

“It felt all easy going through the round and then golf happened at the end,” Lawrence said of his duel. “Clement was playing really well, I was playing well then made a few mistakes, missed them on the wrong sides and couldn’t score from there. I managed to get it done and I’m really pleased.”

Lawrence won at -16. He and Sordet (-15) were the only two golfers in the top 10 to finish Sunday over par. Lawrence was the Rookie of the Year last year on the DP World Tour and could be poised to make a jump in the standings in 2023.

The DP World Tour finishes up its three-week stint in South Africa with the Alfred Dunhill Championship from Leopard Creek Country Club in Malelane. Last year’s tournament was canceled due to COVID-19, and Christiaan Bezuidenhout was the winner in 2020.