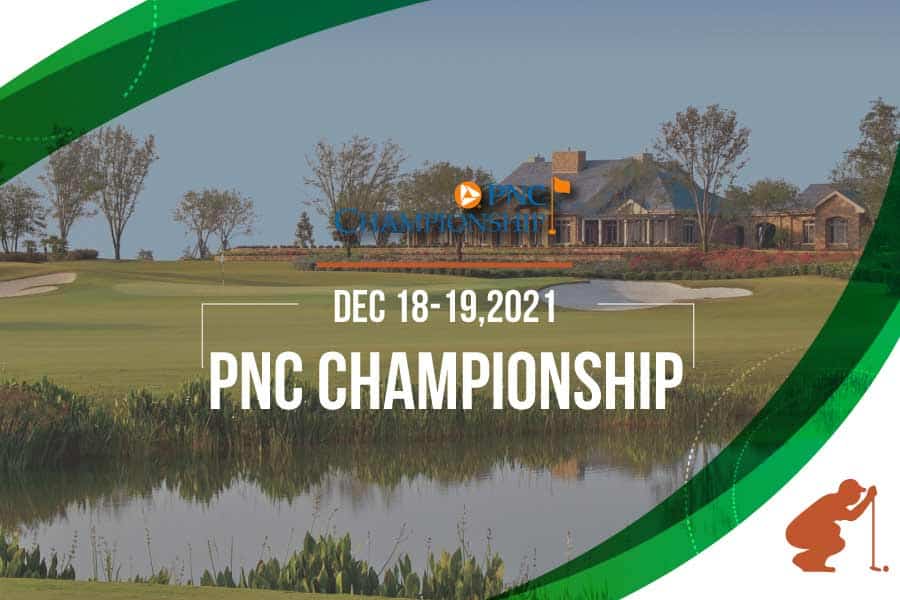 The PGA Tour is off until January, but that doesn’t mean that there isn’t competitive golf to watch—and of course, bet on! The PNC Championship, known as the Father/Son Challenge for most of its existence since 1995, is a laid-back event at the Ritz-Carlton Golf Club in Orlando, Florida. Given the fun nature of the two-day tournament, it’s the perfect venue for Tiger Woods’ return to golf to test his knee and back after a February car crash left him severely injured.

The 20-team field is by invitation only with the caveat that each professional invited has had to have won either a major or the Players Championship. The other player doesn’t have to be a father or a son, as grandsons and daughters have also participated. The only rules are that the other team member cannot be a touring golf professional at the time of the event.

Woods will be teaming with 12-year-old son Charlie, as he did a year ago. Team Tiger Woods finished seventh last year, five shots behind winner Justin Thomas and his father, Mike.

Raymond Floyd holds the record with five wins in this event, all coming in the first seven editions. Bernhard Langer has won four times, most recently in 2019, and Larry Nelson (three) and Davis Love III (two) are the other multi-time winners.

The event is played over 36 holes—18 on Saturday and 18 on Sunday. It is played under a scramble format, meaning that the best ball is used after each shot and one score is tallied by each team per hole.

The course at the Ritz-Carlton Orlando is a Greg Norman-designed course that uses the natural topography of the region (wetlands, ponds, live oaks, and cypress heads) to create wide fairways with plenty of hazards, and the greens are also a bit of a challenge. It’s a par-72, 7,122-yard course from the back tees.

Won the Players Championship last year in an otherwise pedestrian season for him. He’s had solid results, however, since helping the U.S. team to the Ryder Cup title in September. In two starts on the fall portion of the 2021-22 FedEx Cup season, he has an 18th at the CJ Cup and a third at the World Wide Technology Championship at Mayakoba. Add onto that a fifth in the Hero World Challenge two weeks ago, and Thomas is looking like he got his groove back. Father Mike is an expert golfer as well, as their run to the title last year showed. He is currently a PGA teaching professional at Harmony Landing Country Club in Goshen, Kentucky and is the instructor for one Charlie Woods.

Is the expert at the QBE Shootout, a team event that he has won three times and finished third in last week with playing partner Harris English. He will be playing with son Cameron, and they had an excellent first round a year ago, leading after a 14-under 58, but they shot a 64 on Sunday to finish tied for fifth.

Is coming off an impressive run on the Champions Tour, where he finished second in the standings and won three times. He was seven shots off the lead here last year, and his game is in very good shape.

teams with son Reagan after winning here with older son Connor in 2013. Reagan Cink currently serves as the caddie for his father on the PGA Tour, so both know each other’s games well. Bubba Watson (+900) had a nice showing with Lexi Thompson at the QBE Shootout last week, and he teams with father-in-law Wayne Ball this week.

Two popular picks include Tiger Woods (+900) and John Daly (+1000). Woods is a total wild card, but his odds are relatively low because of who he is and what he can do on the course. Son Charlie will also be hitting from the forward tees, so the elder Woods can rely on his iron and putting game instead of having to crush drives, which should help at this point in his recovery. Speaking of crushing drives, Daly is teaming up with son John Daly Jr., who is a freshman golfer at Arkansas, so he may complement his dad’s play well.

And son Qass shot 60 in both rounds last year to finish a stroke behind Team Thomas for a runner-up finish. They also had a stretch where they birdied nine-straight holes, so if they catch fire, they could be in store for a repeat performance.

Is the only LPGA pro in the field, and she will be teaming with her father Petr, who is known for being a major winner in tennis. Korda won a major this year on the women’s tour along with an Olympic gold medal in Tokyo. This team shouldn’t be overlooked given the athletic nature of her playing partner.

Obviously, Team Thomas is the overwhelming favorite for a reason. But as last year showed, lots of teams can content, and there’s value in just about everyone other than Team Thomas and Team Woods. Among those high on the odds board, we like Team Kuchar and Team Furyk, along with fliers on Team Singh and Team Korda.

Sign up and make sure to stay tuned for Tiger Woods updates, PGA golf news and PGA Tour schedule

Follow us on Social Media for instant golf betting odds and more!