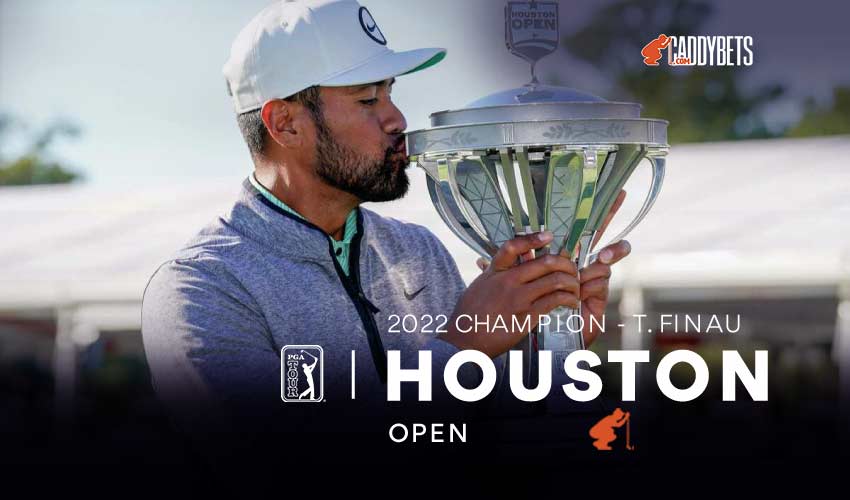 After missing the cut at Mayakoba last week ( World Wide Technology Championship ), we mentioned in previewing the Houston Open that it might provide Tony Finau a chance to work on some things and reset his focus to return to the dominant form that he showed over the summer. Here our Houston Open 2022 Recap!

That’s exactly what happened, as Tony Finau led comfortably all weekend, and despite shooting 3-over on the back nine Sunday, he won for the third time in his last seven starts with a four-shot victory at the Houston Open.

“Probably the best driving week I’ve had in my career, at least that’s how I felt,” Finau said after the victory. “[Saturday], for the first time in my career, I hit all 13 fairways, 100% of fairways in regulation. I’ve never done that in my career, so definitely drove the ball well. And it’s a lethal combo when I feel like this is the best putting week I’ve had as well. So, you combine those two and you can get kind of a runaway win like I had.”

It’s been quite the turnaround for Finau, who didn’t win in over five years after winning the Puerto Rico Open in 2016 before winning the first FedEx Cup playoff event in 2021. Now, after winning that event, he went back-to-back before this year’s playoffs, and picked up his fifth-career win this weekend.

“I continued to believe, I didn’t give up on myself, I continued to work hard on my body and on my game and I just knew that – I was always hopeful that I could go on special runs, and I think we’re starting to see that now,” Finau said of the long streak between wins No. 1 and 2. “I’m starting to put together a full-package game, which is really exciting for me. That’s all you can do is work hard and I’ve worked extremely hard on parts of the game that I know I have to, and I think it’s starting to show.”

Finau’s 16-under 264 for the tournament, paced by a course-record-tying 62 on Friday, was ahead of a group of less-heralded golfers on the leaderboard—Tyson Alexander was second at -12, Ben Taylor third at -11, and a three-way tie at -8 for fourth among Trey Mullinax, Alex Smalley, and Alex Noren.

Scottie Scheffler, who could’ve returned to the No. 1 spot in the Official World Golf Rankings with a win, finished tied for ninth after holing out for birdie on No. 18 Sunday. Stephan Jaeger, Keith Mitchell, Joseph Bramlett, Joel Dahmen, Gary Woodland, and Justin Rose all tied for ninth as well at -6.

The RSM Classic, which is the final FedEx Cup points-paying event of 2022, at Sea Island Resort in Georgia is this coming week. Finau will be going for back-to-back wins for the second time this year since he is entered in the tournament. Four of the last six events here have gone to a playoff, and there will be a new champion since 2021 winner Talor Gooch is now a member of LIV Golf.

Follow us on Social Media for more Houston Open 2022 news!