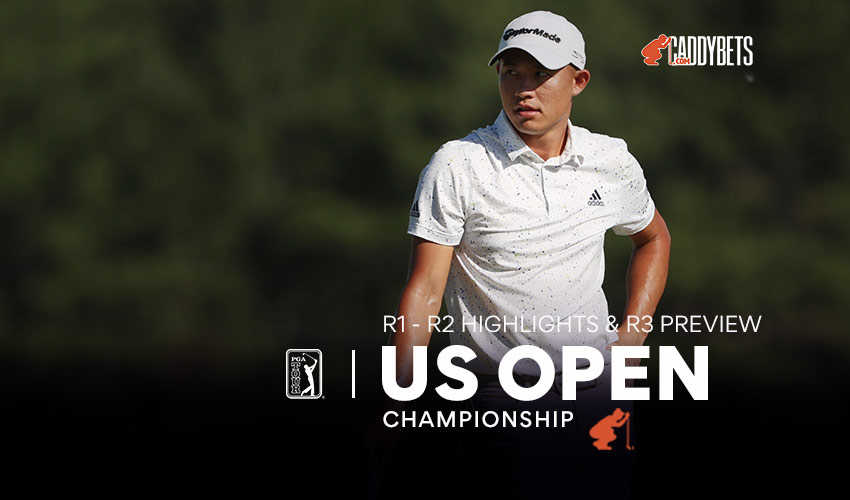 US Open 2022: The premier challenge in all of golf, the US Open is once again showing its teeth. After two topsy-turvy rounds we have a leaderboard that is stacked with some of the games best talents and some names we don’t know too much about. Everything looks set for two terrific days of action.

Heading into todays third round there are two Americans sitting atop of the leaderboard at -5. Collin Morikawa and the enigmatic Joel Dahmen.

Morikawa entered this week flying under the radar. The world number 7 hasn’t been playing his best golf in recent weeks, and has failed to post a top twenty finish since the Masters.

Morikawa played the best round of the day posting an impressive -4. His driving was superb and his iron play was back to its imperious best. No stranger to major success, if Morikawa can continue this form into the weekend he will be a tough man to beat.

Just one shot behind Dahmen and Morikawa are a host of players on -4, which includes Jon Rahm and Rory McIlroy.

McIlroy is riding the hot hand following his impressive victory at last weeks Canadian Open. Worryingly for the rest of the field, McIlroy has been far from perfect this week but has displayed some excellent battling golf. If McIlroy can eliminate the silly errors he has a great chance of ending his eight year major drought.

Just two behind and sneaking into contention is world number one Scottie Scheffler. Scheffler already has one major to his name this season and has been in contention heading into the final round in his last two starts. Like McIlroy, Scheffler’s game has been littered with errors and if he can stay out of trouble he has to be a contender as we head into the weekend.

With the field being so tightly bunched there is value everywhere you look.

Collin Morikawa rightfully starts the day as the favourite but even at a price of +400 a leap of faith is needed considering Morikawa’s form in the last few months. Backers will take some confidence that when the young American finds himself in these positions in majors, he converts but value can certainly be found elsewhere.

Just behind Morikawa in the betting is Rory McIlroy and he appeals at +450, as does Scottie Scheffler who is bound to make a surge up the leaderboard.

An option heading into what is bound to be an exciting day could be Matt Fitzpatrick. The Englishman starts the day three strokes behind the leaders but has tasted success at this course before, winning the US Amateur back in 2013. Odds of +2000 could be a steal.

At huge prices it would be wrong to discount the dangerous duo of Brooks Koepka and Justin Thomas. Both are priced at +5000 but have fantastic major pedigrees. Koepka knows how to win this tournament having won it twice. Thomas heads into today six strokes behind but will take confidence from the fact he won the US PGA trailing by seven as he entered final round.

Follow us on Social Media for US Open 2022 updates & Official World Golf Ranking, and more!