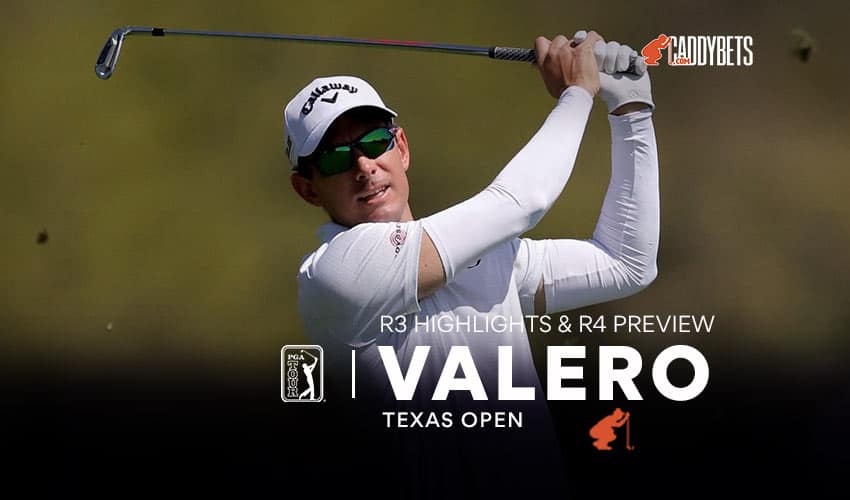 What a difference a round makes at the 2022 Valero Texas Open Round 3; second-round leader Ryan Palmer filled his card full of birdies and didn’t have a bogey Friday. But, unfortunately, that changed on Saturday, as he didn’t have one birdie and dropped to 21st place with a 5-over 77.

Palmer’s fall from the top spot left the door wide open, and four golfers took advantage to finish play on Saturday in a tie for the lead. Brandt Snedeker and Beau Hossler each shot rounds of 5-under 67 to join J.J. Spaun and Dylan Frittelli atop the leaderboard. Spaun, who shot 69, and Frittelli (70) bogeyed the last hole to finish with a share of the lead at 10-under 206. As a result, Frittelli and Hossler have been inserted as the co-favorites at +400 odds, as projected by Jazzsports.ag, and Snedeker and Spaun sit right behind the favorites with odds of +450.

There’s more at stake here than just a piece of the $8.6 million purses Sunday, as all four co-leaders need this win to earn an invite for the Masters next weekend. That’s a pretty good incentive and will provide the drama as all four of these golfers will look to chase down their golden ticket.

My pick earlier in the week, Matt Kuchar, is still in the hunt and was in a six-way tie for the lead when he walked off the second green after a 4-foot birdie putt. He took the lead with a 16-footer on the next, but he struggled a bit on the back nine, and he bogeyed the 18th to drop him to 8-under after an even-par round. He currently sits at +1000 odds.

So, who will be victorious come Sunday afternoon at the 2022 Valero Texas Open? Good question, so I looked at a few critical factors heading into this final round.

The first is that all-important Strokes Gained: Tee To Green stat, in which Brandt Snedeker leads the field. Snedeker also ranks second in Strokes Gained: Approach, which has contributed to him draining 13 birdies over his last two rounds. Oh, and don’t forget, Snedeker needs this victory in order to gain his entrance into the Masters next weekend, which is by far the most compelling factor. Look for Snedeker to take the title here in San Antonio on Sunday afternoon, which would be his first win since 2018, and his 10th tour victory.

The odds for the final round of the Valero Texas Open have been posted. Dylan Fritteli and Beau Hossler have been inserted as the co-favorites.

In addition, all odds to win the tournament have been updated below: