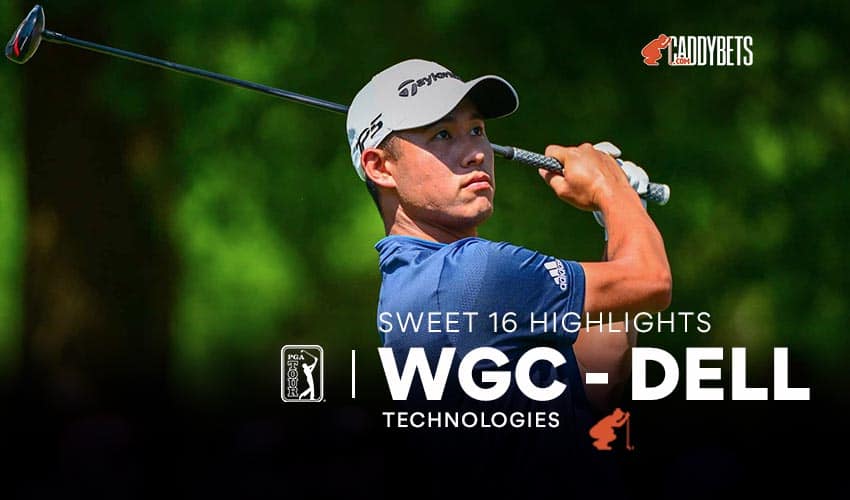 The wind came swooping on Friday at the WGC Dell Technologies and with that, it reversed the fortunes of a few of the golfers. Five players who trailed by at least two holes on the back nine rallied to win, including Lucas Herbert over Xander Schauffele, Takumi Kanaya over Tony Finau, and Min Woo Lee over Thomas Pieters. Bubba Watson, who was one down with two holes to play, made a 35-foot birdie on the par-3 17th and then won the 18th with a par to beat Webb Simpson.

Lee Westwood, the 48-year-old from England, lost a 2-hole lead to Bryson DeChambeau but got his act together to drop an eagle on the par-5 16th to square the match and then winning the 18th when DeChambeau sent a wedge over the green and made bogey.

As we make our way through the initial Pods, play on Friday will determine the final sixteen golfers who will make it through to the knockout round starting on Saturday.

It’s down to the final sixteen! Sixteen players that will enter the knockout stage that begins Saturday morning, all of them knowing that the past three days of tense matches mean nothing now as we advance.

Jon Rahm, who saw his odds-to-win move to +650, lost his match but still made it to the weekend. On the other hand, Scottie Scheffler only needed 14 holes to win his match against Matt Fitzpatrick and then six more to beat him in a playoff. After that, Scheffler will play Bill Horschel in the knockout round, which is a rematch of the championship from last year. Horschel currently sits at +1750 odds.

Collin Morikawa, who was inserted as the favorite at +600, drove the green on a par 4, had no problem getting through his group play. Dustin Johnson, Kevin Kisner, and Tyrrell Hatton were among the five players who won all their matches. Johnson sits right behind Collin Morikawa and tied with Rahm at +650 odds.

Will Zalatoris is my pick to survive this crazy tournament. Zalatoris is currently sitting with +1000 is terrific play at this number. Zalatoris, who is usually known for his iron game, knocked out Viktor Hovland with his putter.

Zalatoris made putts of 12 feet on the 16th and 18th holes, forcing a playoff with Viktor Hovland. However, Zalatoris was able to put it away with a 10-foot putt on the second, sending him into the knockout round Saturday.

Jon Rahm and Justin Thomas are currently the co-favorites

Join us to receive our daily Golf content and make sure to stay tuned for golf news, PGA Tour schedule and WGC Dell Technologies updates.

Follow us on Social Media for more about WGC Match Play Championship and golf odds!