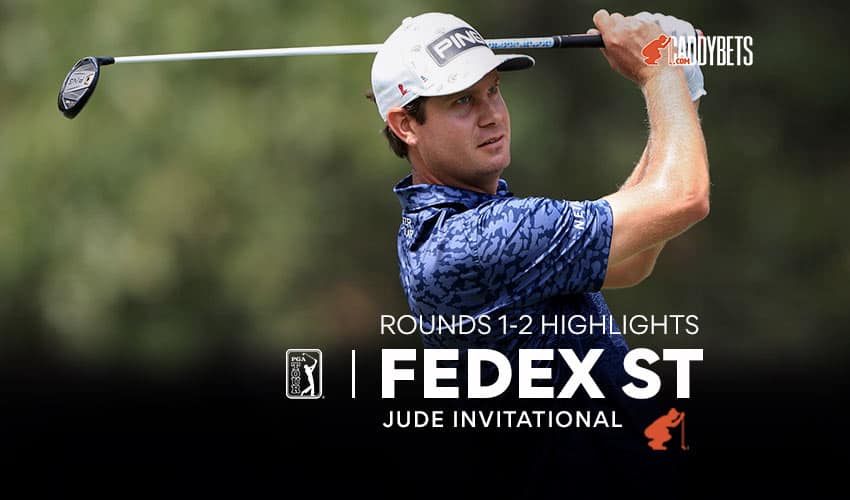 At the 2021 FedEx St Jude Invitational, Harris English continued his assault on TPC Southwinds on Friday, maintaining a two-stroke lead as play entered the weekend. English was 13-under after 36 holes of play and two rounds away from his third victory since January.

Mexico’s Abraham Ancer and Australia’s Cameron Smith finished the first two rounds at 11-under and two strokes behind the leader. Both players turned in rounds of 62 after the second round.

American’s Sam Burns and Scottie Scheffler, along with England’s Ian Poulter, enter the weekend at 10-under par. The three players shot low on Friday and have a great chance at overcoming the deficit on the weekend to emerge as the victor.

Louis Oosthuizen and Bryson DeChambeau ended their 36 holes of play at 9-under par. Oosthuizen carded a second round, 64, the best of the ground entering the weekend.

Rounding out the top ten in the standings was Will Zalatoris and Jim Herman. Both players finished at nine-under, with Zalatoris sporting only one bogey on Friday’s card as we move into the weekend.

Ancer and Smtih can be grabbed at +500 if you are trying to take a flyer this weekend. Both players are in search of the first WGC victory of their careers.

Scheffler (+700) is another name to target, given his historical performance. The 25-year old shot a 5-under 65 to improve his lead over his competitors.