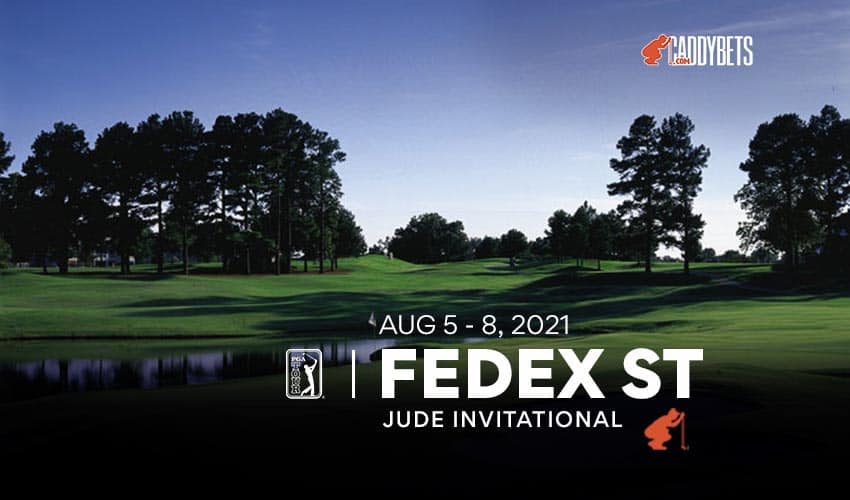 After a week off for the Olympic competition, the PGA Tour returns for the 2021 WGC FedEx St Jude Invitational near Memphis, TN. This will be the third annual WGC event held at TPC Southwind, and the tournament is part of the four annual World Golf Championship events.

Justin Thomas is the defending champion after a four-stroke victory in 2020. Players will be competing for 550 FedEx Cup points and a large purse of $10.5 million.

While the WGC event has played here since 2019, TPC Southwind hosted the FedEx St. Jude Classic, formerly known as the Memphis Open, for over 30 years. The course is a par-70 that stretches 7,233 yards from the tips.

Ron Prichard designed the course that opened in 1988 and provided a good test for players with numerous bunkers and a handful of water hazards.

We get a loaded field this week with 48 of the top-50 in the world teeing it up in Memphis. In total, there will be 66 of the top players in the world participating in the no-cut event.

Jon Rahm, the number one ranked player in the world, won’t be participating after having to withdraw from the Olympics due to a positive COVID test. Current FedEx Cup leader and recent Open Championship winner Collin Morikawa eyes his second WGC title this season (WGC-Workday).

Justin Thomas heads to Memphis from Tokyo to defend his title, while 2019 winner Brooks Koepka heads into the tournament in top form after four top-6 finishes in his last five Tour events.

With many players that participated in the Olympics playing this week, it will be interesting to see how travel fatigue affects the players.

According to Jazzsports the recent play of Brooks Koepka has the four-time major champion on top of the betting board at +1200. Koepka won here in 2019 and finished T2 last season.

Gold medal winners Xander Schauffele and Morikawa can be grabbed at +1400. Both players are entering Memphis in good form but will have to battle the travel fatigue from international travel.

Justin Thomas, Rory McIlroy, Jordan Speith, and Dustin Johnson are all pegged at +1500. Johnson has won this tournament twice and enters with 13 consecutive rounds under par. Speith was runner-up at the Open, and Rory is fresh off a T4 in Tokyo.

Rounding out the top-10 are a trio of names capable of locking up a WGC victory in Louis Oosthuizen, Viktor Hovland, and Bryson DeChambeau. These three are all at +2000.

Outside the top-10 choices, it is hard to ignore what Daniel Berger (+2500) has done at this track. Berger has played at TPC Southwind four times, winning two times here when it was the former tournament and a runner-up here last season.

Another name with success here is Phil Mickelson. Mickelson’s odds are juicy, +7500, and the 50-year old was one of the co-runner-ups here last season and has never finished worse than T-12 on this course.