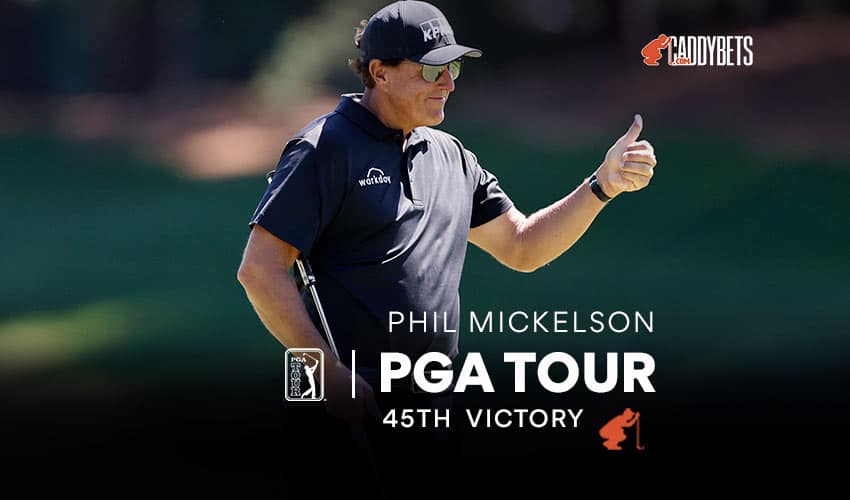 Mickelson After Winning The PGA Championship

Phil Mickelson earned his sixth major championship title, and 45th PGA TOUR victory, at the PGA Championship with a two-shot victory over Brooks Koepka and Louis Oosthuizen. With the win, Mickelson became the oldest major winner in TOUR history and first player to win a major after age 50.

The California native became the fourth player to win TOUR events in four different decades and moved to T8 on the all-time TOUR wins list. The two-time Sentry Tournament of Champions winner qualified for a return trip to The Plantation Course at Kapalua with the victory, though both of his wins came prior to the tournament moving to Maui in 1999.

“Certainly, one of the moments I’ll cherish my entire life,” he said. “I don’t know how to describe the feeling of excitement and fulfillment and accomplishment to do something when – you know, of this magnitude – when very few people thought that I could.”

The biggest question by the 18th hole was whether Mickelson could part the sea of fans who closed in around him after his approach stopped 16 feet from the pin, all but ending it. Being enveloped was a first for him, he said, calling it “unnerving” and “exceptionally awesome.”

After the Schwab, Mickelson will take two weeks off before heading to the U.S. Open at Torrey Pines South in his hometown of San Diego. He has struggled with the South since Rees Jones redid it in 2001, but the U.S. Open is the one he needs to complete the career Grand Slam.

He might never win again, he said Sunday, but with his A game having resurfaced and his self-belief back to full, Mickelson might just elongate this moment and keep making history.

Sign up and make sure to stay tuned for Mickelson updates, golf news, and PGA Tour schedule