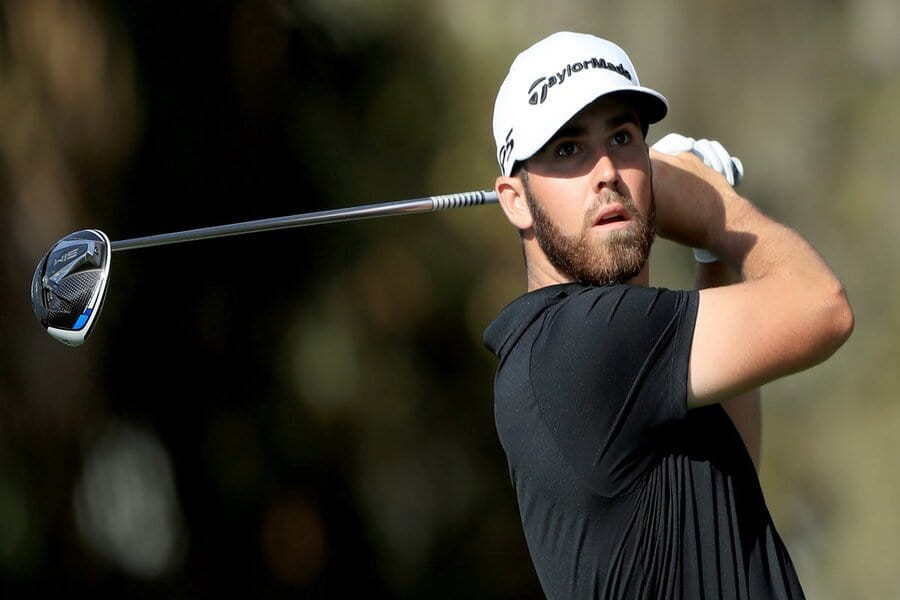 As parts of the country start to see frost for the first time this season, the PGA Tour is in beautiful sunny Mexico and we bring you the World Wide Technology Championship highlights at Mayakoba.

With only three events left in the PGA Tour’s official 2021 calendar year, it’s time for some of the top golfers in the world to battle this gorgeous course. As a result, seven of the top 20 players in the world will be in Playa del Carmen this week as they test their accuracy at the El Camaleon Golf Club.

Accuracy will be a significant factor in who will be in contention come Sunday afternoon. El Camaleon Golf Club is suited to players who favor accuracy over distance off the tee, which is why you have wins here by Brendon Todd, Matt Kuchar, Brian Gay, and Graeme McDowell, who all seem to fit that profile.

Remember when we told you that accuracy would be a significant factor in determining who will be successful at the El Camaleon Golf Club this week? Well, the round one leader only used his drive once on Thursday on the par-5 13th. However, Matthew Wolff must have read our scouting report because he kept his driver in the bag all day, kept his ball in play, and fired a 10-under 61 to match his career-low on the PGA Tour.

The last time we saw the current leader was three weeks ago in Las Vegas at the Shriners Hospitals Open, and he had a share of the lead with nine holes to play until Sungjae Im hit the gas pedal and left everyone in his rearview mirror with a 62. After that, Wolff finished alone in second.

Justin Thomas, who was a favorite to win this tournament as projected by Jazzsports.ag/* had a very rough start to his day. Thomas was three over 11 holes and toward the bottom of the pack, but he birdied six of his last seven holes and finished with a 68.

Other notable names are Rickie Fowler, who opened with a 66, along with Ian Poulter. Defending champion Viktor Hovland and Tony Finau were in the group at 67, while Brooks Koepka and Shane Lowry had to settle for 71.

Matthew Wolff takes a two-shot lead into Friday’sFriday’s round two, but with a crowded field breathing down his neck, Wolff will need to stay consistent with his accuracy to remain at the top of the leaderboard.

If this keeps up, they may need to rename the World Wide Technology Championship highlights at Mayakoba to the Former Oklahoma State Championship. Last year former OSU standout Viktor Hovland walked away with the championship. This year after round two, former OSU teammate Matthew Wolff continues his two-stroke advantage over the field.

Wolff had no trouble making birdies on the day after he opened with a 10-birdie round of 61. He birdied everyone of the par 5’sfor5’sfor the second straight day. Wolff was on the verge of increasing his lead Friday at Mayakoba until a pair of late bogeys forced him to settle for a 3-under 68.

Wolff was cruising along until he found a greenside bunker on the tough par-4 16th, which played into a light wind, and failed to get up-and-down with a 35-yard sand shot. His 3-wood off the tee at the 18th went left into a bunker, and he missed a 12-foot par putt on his final hole.

The former OSU standout still stands as the tournament favorite with +350 odds to win it all, as projected by Jazzsports.agi/*, and sits two strokes ahead of the hard-charging Scottie Scheffler.

Scheffler, who has not won on the PGA Tour but has performed well in majors and the Ryder Cup, was closer to the cut line than the lead until he ran off five straight birdies, the last one a 35-foot putt on the par-3 eighth. Scheffler finished with a par for a 64 and wound up within two shots of the lead. Scheffler moved to second with +500 odds to win the whole tournament, as projected by Jazzsports.ag/*.

Defending champion Viktor Hovland of Norway and Carlos Ortiz of Mexico each had 65 and were three shots behind. Hovland overcame a bizarre break on No. 1 after he made the turn when his approach took a wild bounce and went out-of-bounds, leading to double bogey. Hovland currently sits behind the leaders at +550 odds to win the whole tournament. Hovland is my player to watch, as he seems to be gaining momentum at the right time.

Sitting only three shots back, I expect Hovland to make a run on Saturday and run down his former college teammate Wolff.

There is a group of ten players tied for fifth at 9-under 135, a group that included Justin Thomas. Thomas sits right behind Hovland at +700 odds to win the whole tournament.

One of the favorites coming into the tournament, Brooks Koepka, couldn’t find his rhythm and missed the cut. Koepka fought to get inside the cut line only to pull his drive into the mangroves left of the 16th. He took a penalty drop, and his next shot stayed just short of more trouble. He made triple bogey, had another 71, and missed the cut. Koepka hasn’t finished in the top 20 since July.

After round two at the World Wide Technology Championship highlights, Matthew Wolff is currently at the top of the leaderboard and is the favorite at +350 as projected by Jazzsports.ag/*. The odds after round two have been updated below.

Sign up and make sure to stay tuned for World Wide Technology Championship highlights, golf news and PGA Tour schedule