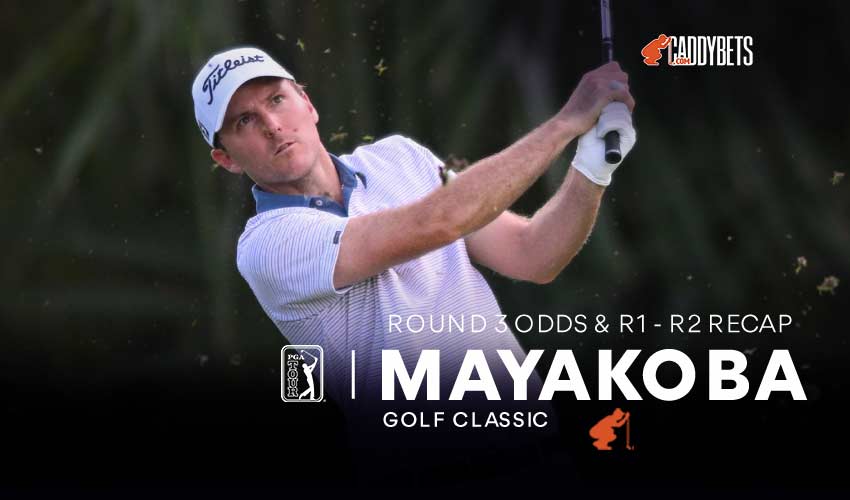 This week the PGA Tour has moved down to Mexico for this year’s World Wide Technology Championship. Held at the beautiful Mayakoba Resort, this mangrove-lined oasis is a golfer’s paradise and provides a stunning setting.

Despite its beauty, the course itself is one of the easiest that the players will face all year and if the ball can be kept on the fairways, incredibly low scores can be made.

Currently leading through 36 holes is American Russell Henley who leads by three strokes on -16.

Everything about this course plays to Henley’s strengths. Accurate off the tee and one of the best approach players in the game, Henley’s two consecutive rounds of 63 are yet to see him record a bogey. More of the same will be needed if he is to maintain his spot at the top over the weekend.

Trying to hunt Henley down today will be the duo of Will Gordon and Sam Ryder. Both will start the day on -13, three shots off the lead.

Gordon, who is a recent Tour graduate, following his elevation from the Korn Ferry Tour found himself in contention in Bermuda last week before falling away in his final nine holes. He will be hoping to avoid a similar fate this week.

A host of established names will try and take advantage of moving days and eat into the deficits they currently face.

Brian Harman had one of the moments of the second round with a stunning hole-in-one on the par 3 4th hole. Harman will start day six off the pace.

Heading into the week all eyes were on Viktor Hovland who was looking to win this tournament for the third successive year. A positive first round saw the big-hitting Norwegian up with the leaders, but he struggled yesterday and will start the day eight shots behind.

World number 2 Scottie Scheffler is competing for the first time since losing his world number one ranking. Like Hovland, Scheffler struggled yesterday and starts today’s third round ten shots behind.

Despite Russell Henley’s three-stroke lead, this tournament is still wide open. With birdies and eagles very much the order of the weekend, any player that can shoot two consecutive low rounds will be in with a real chance of victory.

Henley starts the day as the overwhelming favorite for victory but it’s worth pointing out that Henley hasn’t won a PGA tournament since 2017. During that time, he has had several opportunities to win but hasn’t been able to get over the line. That will offer significant hope to the rest of the field.

Will Gordon finds himself next in the betting but once again finds himself in unfamiliar territory in trying to win a PGA Tour event. Unlike in Bermuda last week, there is some top-quality opposition trying to chase him down and it will be fascinating to see how he handles both the pressure and the occasion.

With question marks over the top two in the betting, there is great value to be found from players who find themselves off the lead currently.

Despite being eight shots behind Viktor Hovland has shown in the past that he loves this course and easily can shoot two low scores. +2000 could be the value play of the day.

Harris English found himself in the world’s top 10 at the back of 2021, but hip surgery has curtailed his 2022 season. English has barely played this year but has shown real signs of resurgence during his first two rounds. A winner back here in 2013, Golf Betting odds of +5000 could represent some terrific value.

All odds courtesy of JazzSports.