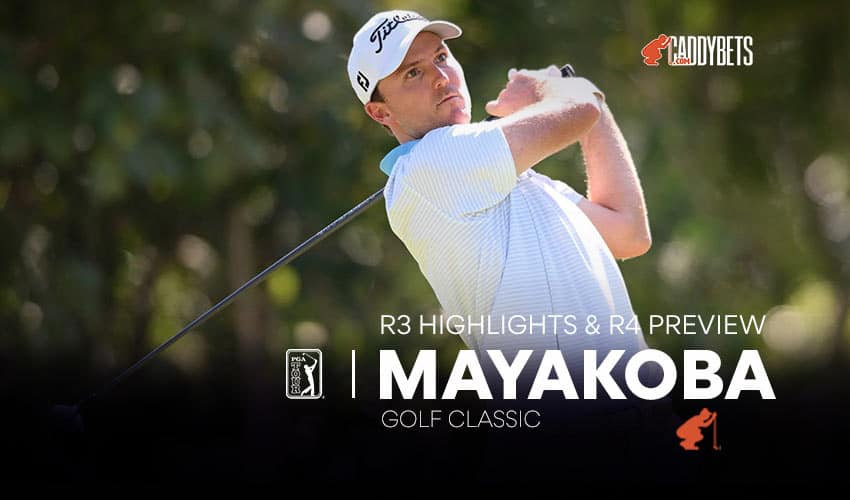 Starting the day at -16 and holding a three-stroke lead over the rest of the field, Henley produced yet another clean scorecard on his way to a superb 65, stretching his lead to six strokes.

Henley has had his ball under excellent control and has scored 22 birdies across his first 54 holes. He is yet to drop a single shot in the tournament.

It looks like this is Henley’s tournament to lose but the chasing pack won’t lose hope.

Will Gordon and Patton Kizzire will start the day sharing second place on -16. Gordon had an eventful day scoring five birdies, but two dropped shots leave him a lot of ground to make up.

Kizzire fired himself into contention during his front nine yesterday with five birdies through a six-hole stretch, however, the putter then went stone cold and despite picking up a further two shots on his back nine, dropped shots on 11 and 16 leave him with plenty of work to do.

Last week’s Bermuda Championship winner Seamus Power is looking for back-to-back Tour victories. Now ranked at a career-high 32, Power had the round of the day shooting a superb 63, which included a hole-in-one and a chip-in for an eagle. Starting the day seven strokes behind, Power certainly has the confidence and game to make a run if Henley starts to feel the pressure.

Heading into today’s final round with a six-stroke lead it isn’t a surprise to see that Russell Henley is the overwhelming tournament favorite. Golf betting Odds of -600, suggest that this tournament is all but wrapped up, but we know golf isn’t as simple as that!

Will Gordon has been at the top of the leaderboard since the conclusion of round 1 and the unheralded American has shown grit and heart to remain in contention heading into today’s final round. Gordon found himself in a similar position last week in Bermuda before tamely falling away. He will be hoping for a different outcome today.

Patton Kizzire is looking for his first PGA victory since he won here in 2018. One of the best putters on Tour, Kizzire has shown on numerous occasions that he can go on birdie streaks. He will need to produce something special today if he is to taste success in Mexico once again.

If riding the hot hand is your style, you should look no further than Seamus Power. Power is swinging the club incredibly well following his victory in Bermuda last week and he has clearly carried that form into this week. Power won’t have any fears at starting the day seven shots off the lead and could be today’s value play.

Brian Harman and defending champion Viktor Hovland will start the day with eight and nine strokes off the lead respectively. Both have the ability to make a serious move today but golf odds of +5000 would suggest that they have left themselves with too much to do today.