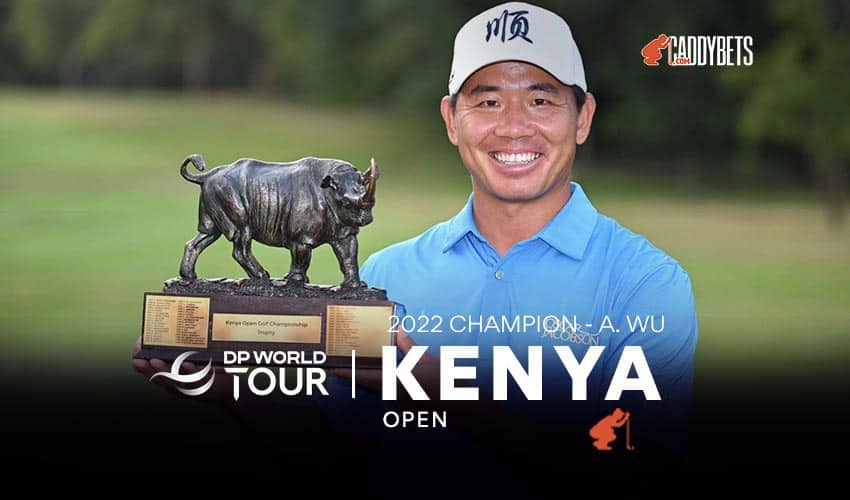 Wu Ashun cruised to Victory at the 2022 Magical Kenya Open

Scot Ewen closed out his round on Saturday at the 2022 Magical Kenya Open with a 4-shot lead and feeling really good about his chances to close things out on Sunday for the win At Muthaiga, but things don’t always work out as you plan.

Ewen couldn’t find his rhythm on Sunday, and he stumbled across the finish line with a 76, which dropped him into a tie for eight. Ewen’s struggles threw open the door for the rest of the field, and one golfer, in particular, came charging through to snatch the victory.

China’s Wu Ashun took advantage of Ewen’s struggles by sticking to a game plan he had built earlier in the week.

“After two rounds, I told myself if I can make five-under every day on the weekend and finish 15 under, I think I’ll have a chance to win the tournament. Today I was four shots behind and still playing to my plan. Five under was my goal today, and after ten holes, I had a good feeling, and I told myself I will keep playing and make a couple of birdies and it is fine.”

It worked, and Ashun cruised to victory at the Magical Kenya Open, shooting a 65, giving him an unequivocal four-shot win in Nairobi. Of course, having a game plan is one thing; executing that game plan within the pressures of winning a golf tournament is another, but that’s precisely what Ashun did.

Ashun was the picture of consistency as he picked up his fourth DP World Tour Title.

The 36-year-old bogeyed the second but birdied the fourth, and another gain on a par-five at the seventh started a run of four birdies in a row

That gave him a two-shot advantage and with nearest challengers Aaron Cockerill, Thriston Lawrence, and Hurly Long completing their rounds at 12 under, Wu knew exactly what he needed to do over the closing holes, so he went out and birdied the 17th and 18th, which put a stamp on his victory as he finished at 16 under

It’s safe to say that Wu Ashun is the most successful Chinese golfer ever, as he became the third Chinese winner in DP World Tour history when he won the 2015 Volvo China Open. Since then, he has added wins in Austria and the Netherlands, with this win moving him two victories ahead of countryman Li Haotong. A two-time winner on the Japan Golf Tour, he will move up to sixth on the Race to Dubai Rankings after triumphing in his 158th appearance with his wife and 13-week-old baby watching on at Muthaiga. So, I’d say it’s been a pretty good three months in the life of Wu Ashun.

“It’s a big celebration, I’m so happy with my family here,” Ashun said.

“It’s a very very good feeling today to win a championship. It was very tough today, I played very, very well today and made seven birdies.”

In the end, Ashun pulled away from Thristan Lawrence, Hurly Long, and Aaron Cockerill on the back nine to secure a four-stroke victory. Only four of the top 100 players on the Official World Golf Ranking took part in the event.

Aaron Cockerill (67), Thriston Lawrence (66), and Hurly Long (66) finished with a share of second place without seriously challenging for the lead.

David Horsey (69) could not replicate his form in the third round, where he shot 65 and finished the tournament another shot back in fifth.

Join us to receive our daily Golf content and make sure to stay tuned for 2022 Magical Kenya Open updates, golf news, and PGA Tour schedule.