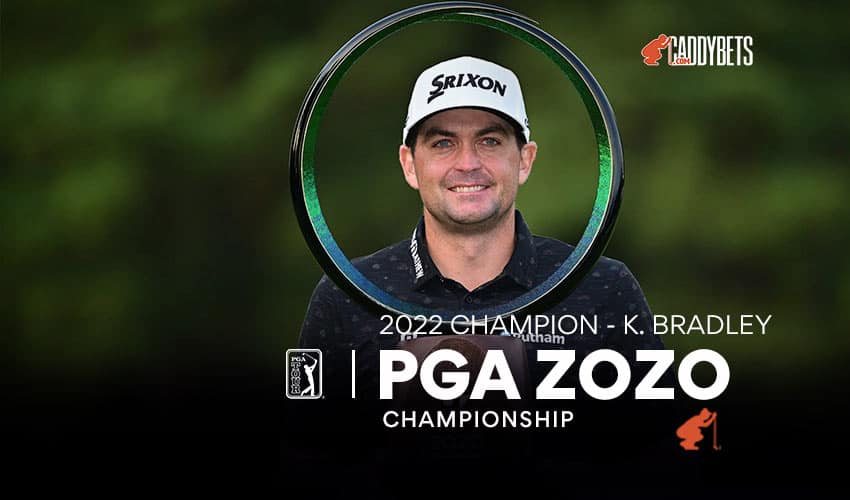 Keegan Bradley scored what he called one of the best birdies of his life on the 17th hole—the 71st of the ZOZO Championship in Japan—and extended his lead enough to hold off Rickie Fowler to win a battle of golfers who hadn’t tasted victory in several years.

Bradley ended up with a 68 to shoot a 15-under 265 for the tournament, one shot better than Fowler’s 266 after an even-par 70 on Sunday. Fowler scored a birdie on 18 to tie Andrew Putnam for runner-up.

After securing the win, Keegan Bradley was emotional while talking to his family back in the United States via FaceTime, after his long road back to winning on the PGA Tour was secured.

“I’ve been crying since I finished,” he said. “I can’t remember the last time I cried. I talked to my wife on the phone a second ago, via FaceTime. I can’t keep it together; I don’t know what’s wrong with me.”

He said that part of the emotion was being able to share a PGA Tour victory with his two young sons, who hadn’t been born when he last won a tournament.

“Winning with a family on your side is so much more special,” he continued. “I mean, winning majors and stuff like that is so amazing, but being able to share a win with your family is something I never thought of, and I never knew it would be so amazing.”

Bradley is now the FedEx Cup points leader on the young season, as he’s finished in the top five in both events he’s competed in (fifth at the Fortinet Championship last month). He lost confidence in his overall game after the PGA Tour banned the anchor putters in 2016, but he’s worked his way back, and he now says that the sky’s the limit.

“There’s a lot of hard work that goes into it. Even if you play perfectly, doesn’t mean you’re going to win. But for me, I feel like I should be contending for tournaments, I want to be contending to play on Ryder Cup, Presidents Cups teams, and majors. You know this is going to go a long way.”

For Fowler, who finished runner-up and narrowly missed ending his winless streak that dates back to the 2019 Waste Management Phoenix Open, it’s another step in a return to competitive golf. He fired his caddie and swing coach after being the last person to make the 125-man FedEx Cup playoff field last season, and now, he’s got two top-10 finishes in three events this season.

“It’s just finally in a position where we’re building momentum and building more confidence,” Fowler said. “I feel like in the last few years there would be times where kind of take a step forward and just was never really able to build more momentum than for one week at a time.”

Finishing in fourth was Emiliano Grillo, who logged his second top-five finish in his last three events.

Tied for fifth were Viktor Hovland, Hayden Buckley, and Sahith Theegala at -12.

The PGA Tour returns to the United States for the CJ Cup, which takes place at Congaree Golf Club in South Carolina this year. Rory McIlroy won last year’s event in Las Vegas and will make his 2022-23 season debut in an attempt to defend his title.