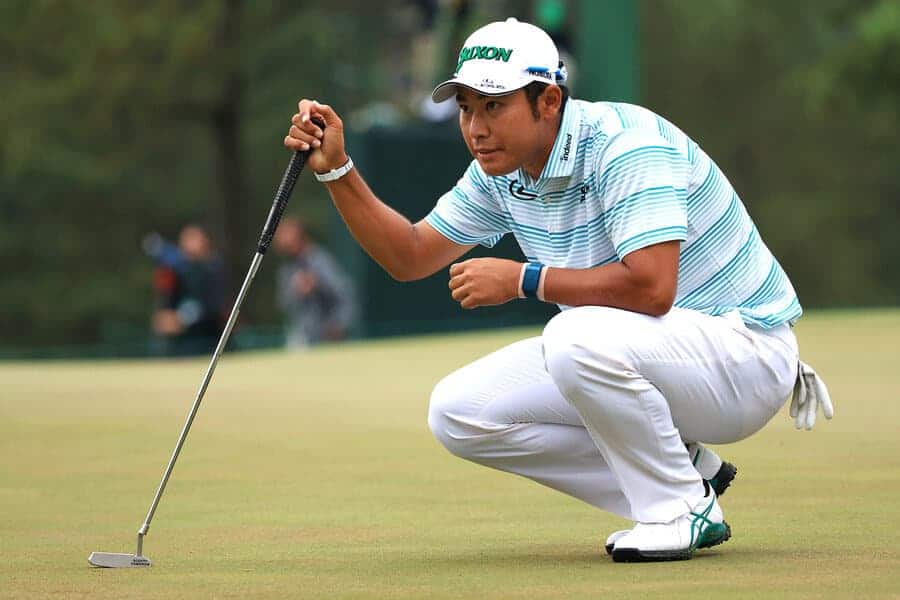 The PGA Tour is headed to its final round in Chiba, Japan, when plays resumes on Zozo Championship round 3 at the Narashino Country Club. Last year’s event was held in California due to the pandemic, so it will be good to have the event held on its home soil this year. However, unless you are an avid golf fan who enjoys watching your rounds live, most of the rounds will be played in the middle of the night for many of us.

The week started with a limited-field event of 78 golfers, all via the biggest purse of any tournament for the remainder of this year on the PGA Tour. Although the field heading into Sunday has thinned out a bit, some big names are still in contention. Ryder Cup participants Collin Morikawa at 4-under and Tommy Fleetwood at 5-under sit six and five strokes back, respectively, of the current leader, Hideki Matsuyama, who rides into Sunday 10-under for the tournament.

A year ago, Patrick Cantlay won the tournament by a one-stroke margin over Jon Rahm and Justin Thomas. However, with this year’s initial favorite, his Xander Schauffele 2-over for the tournament, and basically out of it, this year’s ZOZO Championship could come down to the wire again with Matsuyama one stroke ahead of Cameron Tringale heading into their final round on Sunday.

The weather is playing a factor on an already challenging course. Let’s recap the first three rounds of the tournament.

After a strong start after round one Hideki Matsuyama, became the odds-on favorite to win the whole thing at +260, as projected by Jazzsports.ag/*. Matsuyama raced to second, right ahead of Joaquin Niemann (+400), as both men are chased an unlikely Round 1 leader in Hiroshi Iwata, who shot 7-under 63 over the first 18 holes and went birdie-birdie-eagle to close out his first nine holes before taking a one-stroke lead with his performance on the back nine. However, even after that impressive play, the oddsmakers were still hesitant to push Iwata to the top, as they have given him +2800 odds to win the whole thing after his opening round.

Matsuyama and Niemann combined for 12 birdies and no bogeys on Thursday, which is impressive considering there were only 28 players who broke par.

After another strong round for local favorite, Hideki Matsuyama saw him jump to the top of the leader board after round 2. Matsuyama shot a 2-under 68 for a one-stroke lead at 8-under for the tournament and increased his odds at +160 to win the whole tournament, as projected by https://jazzsports.ag/*.

Battling cold, wet conditions, Matsuyama birdied the 13th hole, three-putted the par-4 17th for a bogey before bouncing back on the par-5 18th, reaching the green in two, and birding. His 68 for the day put him at a one-shot advantage in front of Cameron Tringale at Narashino Country Club in Chiba Prefecture near Tokyo.

American Cameron Tringale made five birdies during his second round and matched the day’s low round at a 4-under 66, which moved him up four places into outright second at 7-under. Tringale’s strong play inserted him right behind Matsuyama with +550 odds to win the whole tournament, as projected by https://jazzsports.ag/*.

It must have been the cold, wet conditions that brought a pair of Englishmen into contention following their strong round two performances. Matt Wallace and Tommy Fleetwood battle the conditions by shooting a 1-under and 2-under, respectively. Wallace looked like he was in trouble after he bogeyed the long 14th and fell to 2-over on the day, but three straight birdies on the last three holes put him at 1-under for the day and 6-under for the tournament. Wallace started the season slow by missing the cut in the Sanderson Farms Championship, his first event of the PGA Tour’s 2021-22 campaign, Wallace then tied for 14th at the Shriners Children’s Open, and now he’s tied for third through 36 holes at the Zozo Championship, and sitting at +1200 odds to win the whole tournament. So maybe all Wallace needed was the colder weather to get his game in full gear.

Fleetwood made his fourth birdie of the round on the 18th to jump into a tie for fifth with Joaquin Niemann. Fleetwood’s strong play also helped him increase his odds of winning the tournament, as he currently sits at +1100, right behind Niemann, who dropped to +1000 odds to win it all, as projected by https://jazzsports.ag/*.

Hometown favorite Hideki Matsuyama held a one-stroke lead on Saturday after a 2-under 68, which included a bogey on his last hole to make things interesting heading into the final round. Matsuyama followed rounds of six-under 64 and two-under 68 with another 68 and leads by a shot over Cameron Tringale after 54 holes, and remains the favorite to win it all at -150, as projected by https://jazzsports.ag/*.

Under better conditions than the previous day, Matsuyama birdied the 363-yard, par-4 2nd hole, bogeyed the 191-yard, par-3 5th after hitting his tee shot into the water, then birdied the 587-yard, par-5 6th, the 486-yard, par-4 9th, and the 183-yard, par-3 16th. But on the 562-yard, par-5 18, with a three-shot lead, he bogeyed. That left the door open for Cameron Tringale, who also shot 68, but trailed by three strokes going to the final hole Saturday, but he finished the 18th with a birdie, reducing the lead to just one. Tringale’s odds jumped to +150 to win the whole tournament, as projected by Jazzsports.ag/*.

Collin Morikawa finished a solid performance by chipping in for an eagle on the 18th, finishing with a 67 putting him six strokes off the lead.

After round three at the Zozo Championship in Japan, Hideki Matsuyama remains the current favorite at -150, as projected by https://jazzsports.ag/*. The odds after round three have been updated below.