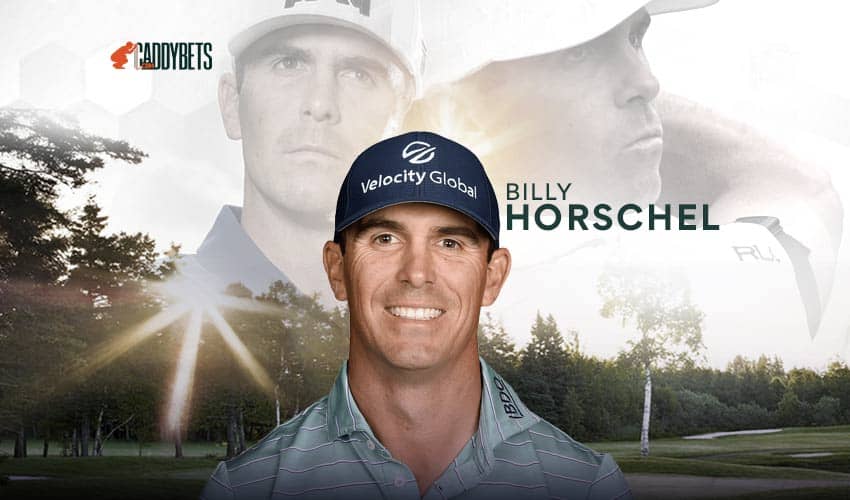 Billy Horschel is a seven-time PGA TOUR winner from the United States. He was born on December 7, 1986, and raised in Grant, Florida. He attended Bayside High School in neighboring Palm Bay.

Billy Horschel accepted an athletic scholarship to attend the University of Florida in Gainesville, where he played from 2006 to 2009 and was a four-time All-American. He graduated with a degree in Sport Management.

Horschel was chosen for the Walker Cup team in 2007 (basically the junior version of the Ryder Cup), and he posted a 3-1 record for the team. Additionally, scored 4.5 points while competing twice for the United States in the Palmer Cup in 2007 and 2008.

He gained his 2010 PGA tour card through the PGA Qualifying school in December 2019. He suffered a wrist injury in 2010 and was only able to compete in four events and failed to make the cut in any of them.

Though he had a medical exemption, Billy Horschel returned to Q-School and again earned a PGA tour card for the 2011 season. He finished the season at 140th in points and earned a conditional status for 2012.

Qualified for the 2010 PGA Tour in December of that year, but due to a wrist injury, he was only able to play in four tournaments that season and failed to make the cut in any of them. In 2012, he finished 147th on the points list and once again earned his 2013 card through Qualifying school.

At the Zurich Classic in 2013, Horschel achieved his first professional victory.

Horschel held the joint lead with Phil Mickelson, at the halfway stage of the U.S. Open in 2014. Billy Horschel was one of just two players under par following the second round of his first major as a professional, hitting all 18 of Merion’s greens. Billy Horschel finished fourth moving up to 34th in the world and fourth in the FedEx Cup standings.

In 2017, Billy Horschel defeated Jason Day in a playoff to win the AT&T Byron Nelson. In 2018, Horschel and Scott Piercy won the Zurich Classic of New Orleans.

In 2021, Horschel defeated Scottie Scheffler in the WGC-Dell Technologies Match Play final by a score of 2 & 1 to claim his first World Golf Championship victory.

His second European Tour triumph came in September of the same year when he won the BMW PGA Championship with a final-round score of 65. He finished the season second on the DP World Tour (European PGA) Order of Merit behind Colin Morikawa.

Horschel’s most recent victory came in June 2022, when he won the Memorial Tournament, his seventh PGA Tour title.