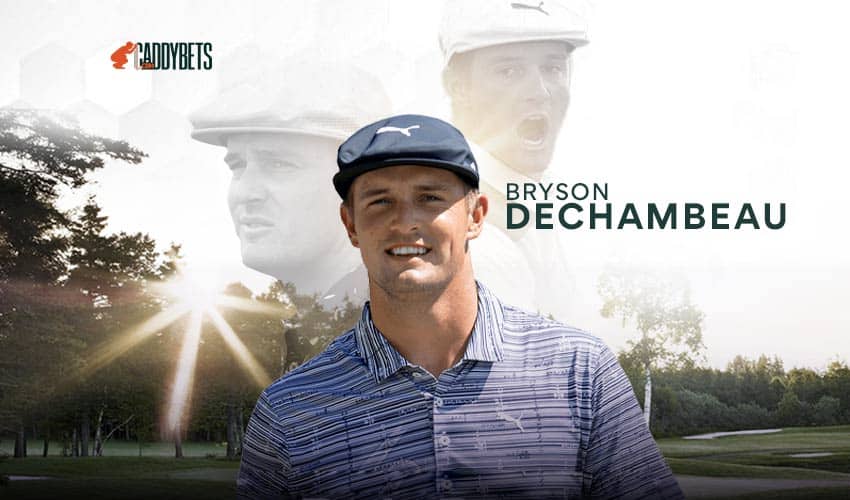 Bryson DeChambeau is an American professional golf player who plays on the PGA Tour. He grew up in California and became a standout golfer by the time he was in high school. His parents supported him all they could to help him succeed and grow his golf career. As a young child, Bryson was a math superstar. He has been able to translate this talent and gift into the world of golf. He can adapt to a golf course and learn the science behind it, unlike any other golfer.

Bryson won the California State Junior Championship at age 16. He won a scholarship to Southern Methodist University and in 2015 became the fifth player to win both the NCAA and US Amateur titles in the same year. With this victory he joined an illustrious list of names in the process, including Jack Nicklaus, Phil Mickelson, and Tiger Woods.

DeChambeau played at the 2016 Masters as an amateur and finished T16, which was the top finish for an amateur that year. Bryson turned pro and a week later finished in fourth place at the RBC Heritage. He went on to qualify for the 2016 US Open and finished tied for 15th place. Bryson’s first pro victory was the DAP Championship, which also earned him a PGA Tour Card for the 2017 season. His first PGA Tour victory came in the John Deere Classic in his first year. He has since added eight PGA Tour titles.

In 2019, he recorded his first win on the European Tour at the Omega Dubai Desert Classic in Dubai, UAE, winning by seven shots. Bryson DeChambeau’s first major title came at the 2020 US Open at Winged Foot, winning by an impressive 6 strokes.

Since joining the PGA Tour, the physics major has earned a particular nickname “The Mad Scientist” from his fellow pros, due to his astute analytical and unconventional approach to his game. He credits the book his coach Mike Schy gave him, Homer Kelly’s “The Golfing Machine”, for many of his swing principles and philosophies. Utilizes an unconventional approach of all of his irons being the same length, 37 1/2 inches, which is the average length of a 7-iron shaft, which is his favorite club. Bryson has names for all of his clubs, for example his 60-degree wedge is named “The King” after 1960 Masters champion Arnold Palmer and his 6-iron is named “Juniper” after the sixth hole at Augusta National.

Bryson is famous by his unconventional but now widely recognizable swing. He and his coach began to develop, test and enhance his new swing, which, due to his tour performance, has clearly been quite effective. Unlike most golf players on tour, Bryson uses irons and wedges of equal length (37.5 inches, the average length of his favorite 7-iron) in his play.

Bryson DeChambeau represented the USA in the 2018 and 2021 Ryder Cup Team. He is easily recognizable on the golf course by his Ben Hogan-style cap.

Join us to receive our daily Golf content! Make sure to stay tuned for the Latest Golf Gambling Odds, golf news, and PGA Tour schedule to enhance your Golf Betting action.

Follow us on Social Media for Bryson DeChambeau stats instant updates and more!