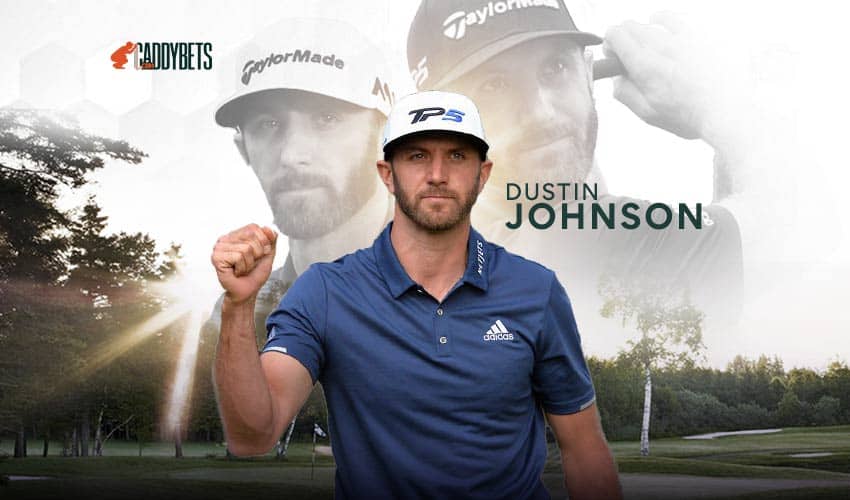 Dustin Johnson is an American professional golfer born in Columbia, South Carolina. He played collegiate golf at Coastal Carolina University. As an amateur, he won the Monroe Invitational and the Northeast Amateur in 2007 and played on the winning 2007 Walker Cup and Palmer Cup teams. Johnson is the first golf player since Tiger Woods to win at least once in each of his first seven seasons coming out of college.

Dustin turned pro in 2007 and has won every year since on the PGA Tour. He won his first major at Oakmont Country Club, carding a 4-under-par score of 276 to win the 2016 US Open. And his second golf major at the rescheduled 2020 US Masters.

He is also the first golf player to have won each of the four World Golf Championship events, and his overall tally of six WGC titles is second only to that of Tiger Woods. For 64 consecutive weeks, Dustin Johnson became the world’s number 1-ranked golfer.

Johnson has been among the top 10 earners on the PGA Tour for the last six consecutive seasons. He was the fifth golfer to surpass $50 million in career prize money on the PGA Tour. With $57 million, Johnson sits fifth on the all-time list behind Tiger Woods, Phil Mickelson, Vijay Singh, and Jim Furyk. His 19 PGA Tour titles place him behind only Woods and Mickelson in most wins by active players on the PGA Tour.

He launched the Dustin Johnson Foundation in 2010 for the purpose of supporting various youth initiatives with the primary focus of promoting and supporting youth and college golf programs.