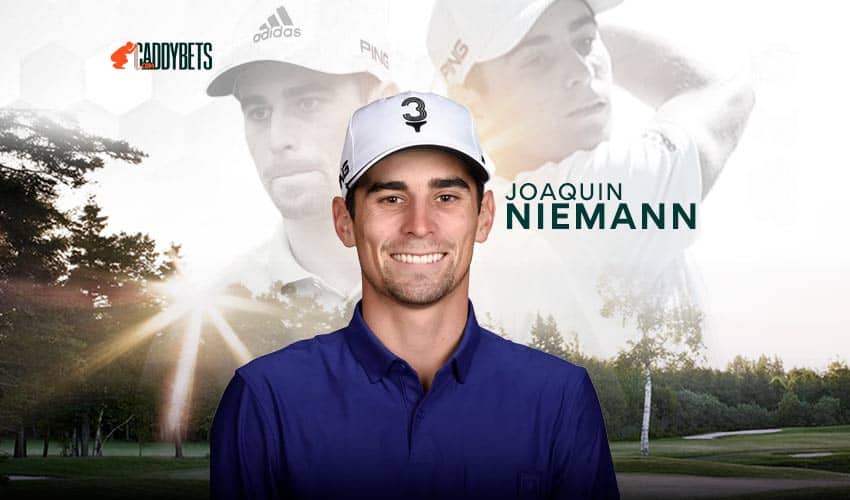 Joaquin Niemann (born 7 November 1998) is a Chilean professional golfer. He has won twice on the PGA Tour.

Nieman has been the best golfer in Chile’s history and the second Chilean in history to enter the PGA Tour and the first to be a champion of a PGA Tour tournament.

Niemann took his first steps at the Club Las Palmas de Lonquén, in Santiago. There, his father, Jorge Niemann, practiced as an amateur and he accompanied him.

He then moved to Santiago with a scholarship from Sport Francés, until he joined the San Cristóbal Polo Club in 2013, as a pupil of Eduardo Miquel. Starting in eighth grade, he studied at the Athletic Study Center, a school that gave him all the facilities to perform in sports.

Joaquin Niemann started playing amateur golf and due to his great performances, the South American was number 1 in the World Amateur Golf Rankings for 44 weeks. In 2018, Nieman turned professional after gaining entry to the Masters’ Tournament.

In September 2019, Joaquin Niemann won A Military Tribute at The Greenbrier. With his first PGA victory, Niemann became the first player from Chile to win on the PGA Tour. He also became the youngest winner in tournament history and the first golfer to win the event after holding the 54-hole lead.

In January 2021, Niemann shot a final round 64 at the Sentry Tournament of Champions. He joined Harris English in a playoff but was defeated in the first extra hole.

In February 2022, Joaquin Niemann won his second PGA Tour after shooting rounds of 63-63-68-71, to win the Genesis Invitational hosted by Tiger Woods. He finished the tournament two strokes ahead of Collin Morikawa and Cameron Young. In August of the same year, the Chilean joined LIV Golf.

Joaquin Niemann’s great references in golf are the American Tiger Woods and the Northern Irishman Rory McIlroy. In addition, he is a fan of the Chilean football club Universidad Católica and the Spanish Real Madrid, he practices karting in his leisure time with friends, and he is an admirer of his compatriots Alexis Sánchez and former tennis player Marcelo Ríos.