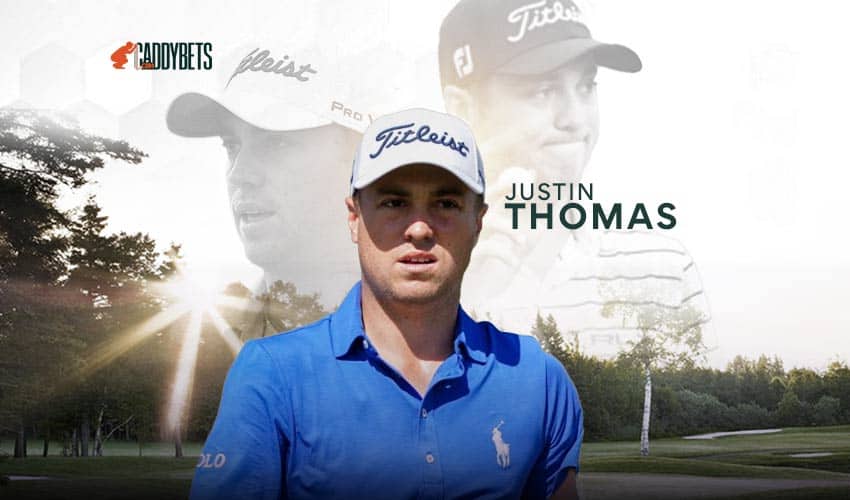 Justin Thomas (28) plays for the PGA since 2013 and is the former World Number One. This golfer was born and raised in Louisville and Kentucky and he is from a family with a golfer tradition.

Justin became the eighth son of a PGA of America Professional to win the PGA Championship. His father Mike is a PGA professional at Harmony Landing in Louisville, Kentucky, while Justin’s grandfather, Paul, was a 60-year member of the PGA of America.

Justin won his first professional event at the 2014 Nationwide Children’s Hospital Championship. Afterward, in 2015 Thomas collected seven top-10s and 15 top-25s, with fourth-place finishes at the Quicken Loans National and Sanderson Farms Championship as his best results.

2018 was a great year for Justin as he replaced Dustin Johnson as the world’s number one golfer after the Players Championship of that edition. However, he lost that position after Johson won the FedEx St. Jude Classic. Also, that year Thomas Became the first player since Tiger Woods in 2006 and 2007 to lead the TOUR in earnings in consecutive seasons.

In 2021, Justin won THE PLAYERS Championship and finished season No. 4 in the FedExCup standings, his fifth consecutive top-10 result in the FedExCup. Furthermore, Thomas achieves being the fourth player since 1960 to win 14 times on the PGA TOUR before turning 28. A deed that only Tiger Woods, Jack Nicklaus, and Johnny Miller have accomplished.

Also in his free time, Justin likes to collect and customize shoes.

On May 22, 2022, Thomas won his second major and second PGA Championship, defeating Will Zalatoris in a playoff, overcoming a PGA Championship record 7-shot deficit entering the day.

Justin Thomas has a net worth of $50 million in 2022. This amount is $20 million more than his net worth from last year. His first major championship, and also won the FedEx Cup championship. In May 2018, Thomas became the 21st player to top the Official World Golf Ranking. His net worth is $55 million.