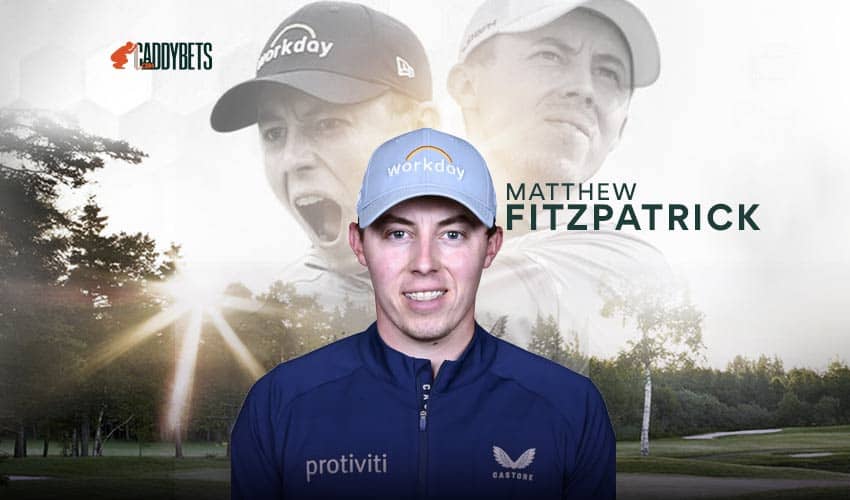 Matthew Fitzpatrick is a professional golfer, who was born on September 1, 1994, in England. At the age of 18, he competed in the British Open and finished as a low amateur.

Later that year Fitzpatrick competed and won the US Amateur at The Country Club in Brookline, Massachusetts. This victory made him the top rank amateur in the world and he played for Great Britain in the Walker Cup.

In September of 2013, he enrolled at Northwestern University but only stayed one quarter and participated in just five events as a member of the Wildcats golf team before turning pro.

Matthew Fitzpatrick turned pro after the 2014 US Open and made his professional debut at 2014 Irish Open, after which he started appearing in numerous other competitions including the European Tour and Challenge Tour with the help of invitations and sponsorships.

In November 2014, Fitzpatrick appeared in the 2014 European Tour Qualifying School, where he was ranked 11th in the place and qualified for the 2015 European Tour.

His first victory came in the 2015 British Masters and this victory vaulted him into the top 60 in the world rankings. He finished season 12th on the European Order of Merit.

In 2016 he won the Nordea Masters and the DP World Tour Championship. In 2017 he took the European Masters and then defended the title successfully in 2018.

In 2020, Matthew Fitzpatrick won his second DP World Tour Championship and in 2021 played in the Ryder Cup for Europe where he went 0-3-0. Later that year he won his 7th professional event taking home the Andalucía Masters.

In 2022, Matthew Fitzpatrick won the US Open at Brookline Country Club and joined Jack Nicklaus as the only two golfers to win a US Open and a US Amateur at the same course

The English-born golfer has an estimated net worth of over five million dollars. This largely comes from the prize money he earns from the various golfing tournaments and the sponsorship and endorsement deals he has signed. Currently, he’s in the top 10 positions of the Official World Golf Ranking.