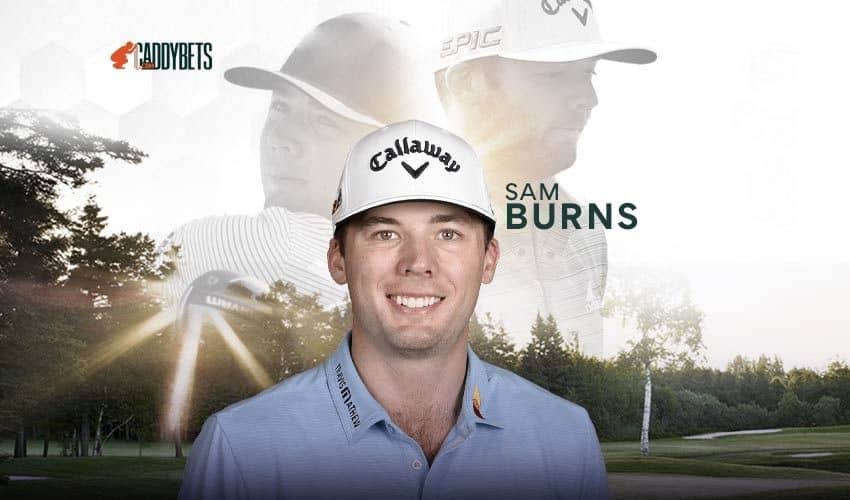 Sam Holland Burns was born on the 23rd of July 1996 in Shreveport, Louisiana. He was a three-time individual state champion and was named AJGA Rolex Junior Player of the Year in 2014.

A golfer for most of his life, Sam started playing the game to prove he was the best player out of his father and two brothers. He quickly became a golf equipment expert and has always been the one family and friends come to for buying advice, and spends a lot of his time putting golf gear, apparel, and shoes to the test. A jack of all trades across print and digital formats, Sam Burns now spends most of his time testing and looking after golf gear content for the website. He also oversees all Tour player content as well.

He won four tournaments in 15 collegiate starts during his sophomore season and was named the NCAA Division I Jack Nicklaus National Player of the Year for the 2016-17 season.

He finished T43 at is PGA Tour debut at the Sanderson Farms Championship in 2017. In his debut year on the Korn Ferry Tour, Burns won the Savannah Golf Championship and sealed his spot on the PGA Tour. In 2018, playing the Honda Classic on a sponsor’s exemption, Burns was paired with Tiger Woods in the final round. He actually beat Woods on the day by two-shots. In 2019, Sam Burns played a round with President Donald Trump. Burns has multiple sponsors, including Callaway, Adidas, Netjets, and Mastercard. The American has a full Callaway bag, including an Odyssey putter.

Made 12 cuts in 17 starts on the Korn Ferry Tour, recording eight top-25s to earn his PGA Tour card for the first time. Scored one win and three additional top-three performances during the Regular Season to finish second on the Regular Season money list.

Qualified for the FedExCup Playoffs in his first season as a PGA tour member but was unable to compete at The Northern Trust due to injury. Finished season No. 94 in the FedExCup standings. Recorded three top-10s and made 16 cuts in 26 starts.

Earned his first career PGA Tour title at the Valspar Championship and qualified for the FedExCup Playoffs for the third consecutive season, advancing to the TOUR Championship for the first time in his career and finishing the season 18th in the FedExCup standings. Recorded eight top-10s and made 19 cuts in 26 starts. Made birdie or better on 21.24 percent of par 4s, the highest rate on TOUR.

Valspar Championship: Won the Valspar Championship for the second consecutive year, earning his third career PGA Tour victory and second of the season. Defeated Davis Riley with a birdie on the second hole (par-4 16th), making a 32-foot, 6-inch putt. Became the second player in tournament history to successfully defend a title, joining Paul Casey (2019), and the fourth multiple winners of the event. Became the fourth player to earn multiple victories during the season.