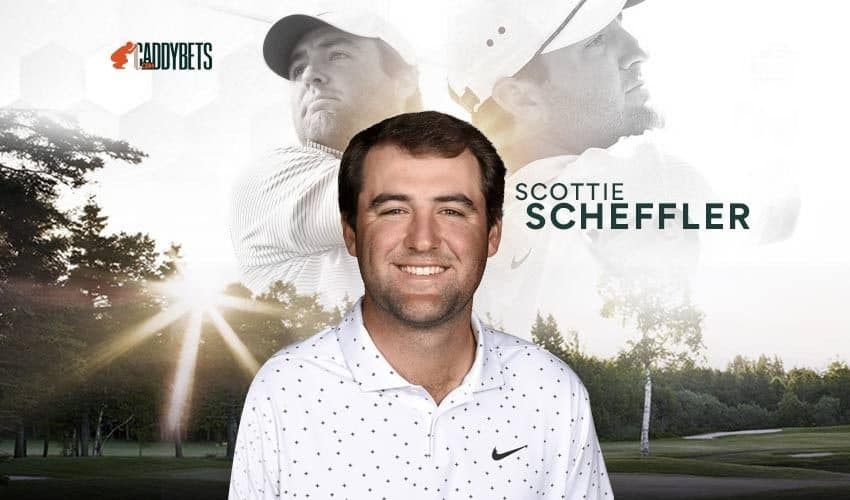 Scottie Scheffler is an American professional golfer, from Ridgewood, New Jersey, who currently plays on the PGA Tour. His family moved to Texas when Scottie was young. He attended and played golf at Highland Park High School, and later enrolled and played collegiate golf at the University of Texas.

Scottie helped the University of Texas team win three Big 12 championships. Scheffler was named Phil Mickelson Freshman of the Year in 2015. Before his time at UT, he won the 2013 U.S. Junior Amateur. He was also part of the U.S. team that won the 2017 Walker Cup.

Scheffler qualified for his first US Open in 2016. He opened with a first-round 69 but would shoot a second-round 78 to miss the cut by one stroke. Again in 2017, Scheffler qualified for the U.S. Open after surviving a 4-for-3 playoff to earn a spot in the field. Scottie and Cameron Champ were the only two amateurs to make the cut at the 2017 U.S. Open. Scheffler finished as low amateur at 1-under-par, one stroke ahead of Champ.

Scottie Scheffler made his professional debut in 2019, playing at Web.com Tour. The same year, Scheffler won the Nationwide Children’s Hospital Championship in Columbus, Ohio. He played on the Korn Ferry Tour for the 2019 season, where he went on to win twice and earned the Korn Ferry Tour Player of the Year Award. The previous season propelled him up to the PGA Tour for 2020, where his incredibly consistent performances throughout the year, resulted in him being awarded the PGA Tour Rookie of the Year award.

After winning the series, Scottie qualified for the 2020 PGA Tour. He had an incredible start to his PGA Tour, finishing tied for fourth and taking home $528,000 in prize money. The golfer is a player to look forward to. As of early 2021, He was ranked at number 28 by the World Golf Ranking.

His PGA Tour earnings total over $17 million, with a large portion coming in 2022. After many top-10s and close finishes, Scheffler eventually won in 2022 at the Waste Management Phoenix Open. This won him $1,476,000 in a playoff win over Patrick Cantlay.

He has been playing at the professional level since 2017/18 but is already at the peak of his career.