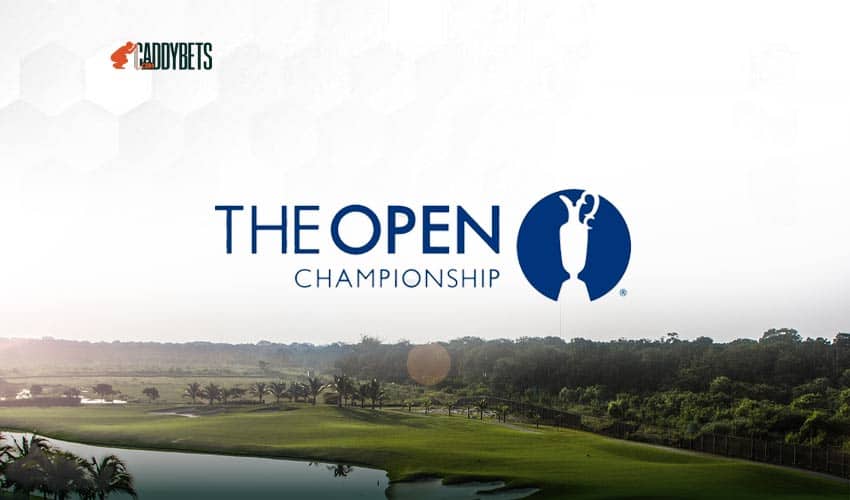 The Open Championship, commonly called The Open and also referred to as the British Open, is the oldest golf tournament in the world and one of the four majors of golf. It is played in mid-July, and since the PGA Championship was moved from August to May, it is the final major to be played in each calendar year. The tournament is played at a different coastal venue in Scotland, England, or Northern Ireland each year. There are currently 10 courses in the active rotation, but it is not a set rotation.

The Open Championship dates back to 1860, when the first edition was played at Prestwick Golf Club in Ayrshire, Scotland. Eight golfers competed in that tournament, which was won by Willie Park Sr.

In 1872, Prestwick, the Honourable Company of Edinburgh Golfers, and The Royal and Ancient Golf Club partnered to purchase the Claret Jug, which continues to be given to The Open winner to this day. Young Tom Morris was the first recipient of the Claret Jug in 1872.

After a break for World War I, The Royal and Ancient Golf Club became the sole organizer of the tournament in 1920, which remains the case in present day. In 1922, Walter Hagen became the first American-born champion when he claimed victory in his first of what would be four Open Championships. Fellow American golfer Bobby Jones won three times between 1923-33, as U.S.-based players began to dominate the event. Ben Hogan played The Open one time, winning it in 1953 after already winning the Masters and the U.S. Open, becoming the first player to win the “Triple Crown,” before the PGA Championship was added as the fourth major.

As they did at the Masters, Jack Nicklaus, Arnold Palmer, and Gary Player dominated the event from 1959-74. Player and Nicklaus each have three wins, and Nicklaus has a record seven runner-up finishes. Palmer has two wins (back-to-back in 1961-62), which many credit for the tournament gaining popularity in the U.S. as the popular Palmer’s wins received lots of television coverage stateside.

American Tom Watson won five times from 1975-83, having won the most Open Championships outside of Harry Vardon, who won his sixth in 1914. Two Europeans and an Australian dominated the years that followed, as Nick Faldo and Seve Ballesteros each won three times, and Greg Norman won the Claret Jug twice.

The period between 1994-2004 saw a first-time winner in each edition of the event. Tiger Woods won his first in 2000, becoming the youngest player (24) to have won all four majors. He won back-to-back Opens in ’05 and ’06 to raise his total to three. Ernie Els and Padraig Harrington also each won two crowns between 2002-12.

One of the most famous tournaments in this century was in 2009, when Watson, who was 59 at the time, led after 71 holes and looked poised to tie Vardon’s record and also become the oldest major winner before he bogeyed the final hole, leading to a playoff that was won by Stewart Cink. In 2016, Henrik Stenson outdueled Phil Mickelson to shoot a 20-under 264 to win the tournament and set the lowest score ever shot at both The Open and any of the four majors.

For the first time since 1945, the tournament was canceled in 2020 due to the COVID-19 pandemic. Royal St. George’s was set to host the 149th Open Championship, but it hosted in 2021 instead.

Awards for the Open Champion

The winner has his name inscribed on the Claret Jug, which is given to the winner to keep for a year before it is to be returned at the next tournament. At that time, that golfer is given a replica to keep. The Open Championship winner is also referred to as “the champion of golf.”

The field is comprised of 156 golfers that either qualify or receive exemptions into the field. Prior tournament champions, major winners, other tournament and tour champions, and position in the Official World Golf Ranking decides most of the field. Five amateurs also are guaranteed to be part of the field based on winning various amateur titles and also assuming they retain their amateur status.

The event is a four-round, 72-hole tournament played over four days. After 36 holes, the top 70 (including ties) make the cut and advance to the final two rounds. In the event of a tie, a three-hole aggregate playoff is conducted, and if the players remain tied after that, they go hole-by-hole in sudden death.

A total of 14 courses have hosted the Open over its 149 editions, with 10 currently in the active rotation.

The most famous is the Old Course at St. Andrews in Fife, Scotland. The course dates back to 1552 and is considered the Home of Golf. While other courses host every 9-15 years on average, St. Andrews usually hosts The Open Championship once every five years. A record 29 Opens have been played at St. Andrews with Prestwick (retired) next at 24. St. Andrews’ 30th will be in 2022 for the 150th edition of The Open.

The next active course on the list is Muirfield with 16. Royal St. George’s has hosted 15, which is the most for a course in England. With Royal Portrush again entering the rotation in 2019, Northern Ireland is again represented and will host again in 2025.

Old Tom Morris’ record for the oldest champion (46 years, 102 days) that he set in 1867 was nearly toppled by 13 years if Watson were to win in 2009. Coincidentally, Young Tom Morris not only holds the record for youngest champion (17 years, 156 days), he also won a record four-straight Opens.

Stenson holds the tournament record for the lowest 72-hole score with a 20-under 264 in 2016. The lowest single round was shot by Brendan Grace. His 62 in the third round in 2017 is a record for all majors. The lowest round in relation to par is -9, which was achieved by Paul Broadhurst in 1990 and Rory McIlroy in 2010.

There have only been seven wire-to-wire winners (leading at the end of each round) in the history of the tournament. Over the last 49 years, only Tiger Woods (2005) and McIlroy (2014) have achieved the feat.

Follow us on Social Media for more PGA Golf updates. Make sure to stay tuned for the PGA Tour Schedule & The Open Championship Odds. 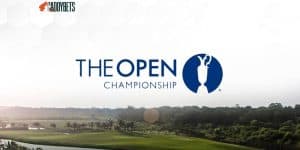 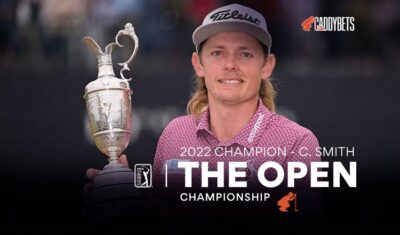 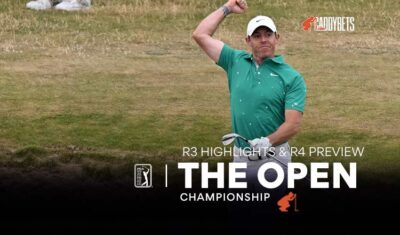 The Open Championship Round 3 Recap & Round 4 Preview

There was always going to be something special about this British Open. The 150th 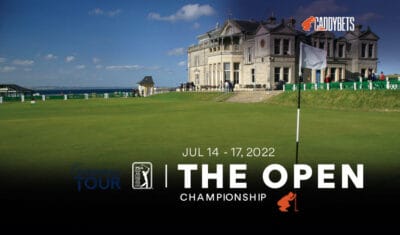 Woods, McIlroy, Schauffele, and LIV Golfers Among Many Storylines at 150th Open Championship at 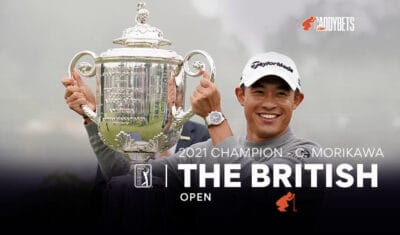 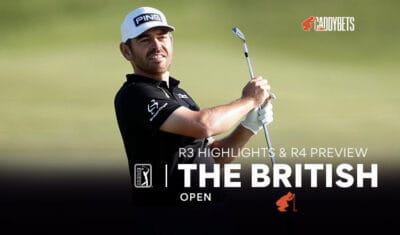 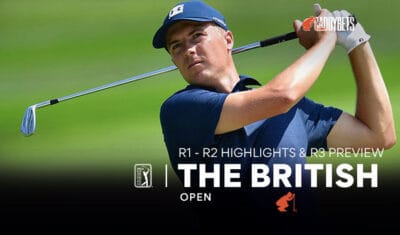 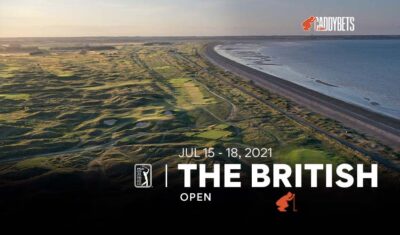 Will Jon Rahm win back to back majors? We will like to get started

2021 Open Championship: Where to Watch?

And, just like that, the end of major season stares us in the face.