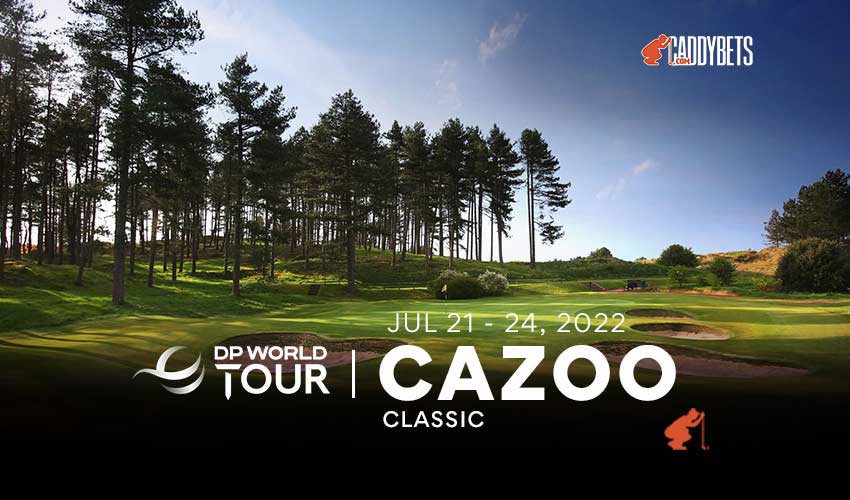 The stars of the DP World Tour move from the Open Championship at St. Andrews south to England for the 2022 Cazoo Classic from the links at Hillside Golf Club in Southport.

This is the second edition of the event (won last year by Calum Hill) that traces its lineage back to the English Open, which was last held in 2002 when Darren Clarke won his third of the previous four English Opens.

Hillside is a traditional coastal links course and is hosting its first DP World Tour tournament since the British Masters in 2019. It’s a par-72, 7,109-yard course that features dunes and elevated trees throughout. The back nine has been universally praised as one of the best nine holes of golf in the United Kingdom.

Is the betting favorite going into his fourth-straight week of golf. He finished 7-under at the Open Championship to finish 34th there, and prior to missing the cut at the Genesis Scottish Open, MacIntyre placed 13th at the Horizon Irish Open. Most notably, MacIntyre finished runner-up to Marcus Kinhult at the 2019 British Masters, which was the last DP World Tour event held at Hillside.

After winning the Joburg Open last fall after it was cut short by weather and then a COVID-19 outbreak in South Africa and recording three-straight top-10 finishes in March, Thirston Lawrence (+1500) has played another solid stretch of golf over the past few weeks. Lawrence was third at the Irish Open and followed it up with a 24th at the Genesis Scottish Open and a 6-under 42nd place finish at the Open Championship, both coming against very difficult competition.

Is still smarting after just missing the field at St. Andrews in his home country last week, and he nearly had a win at the Belfry earlier this year before stumbling in the final hole to finish third, and he was fifth at this course in 2019.

Is another golfer who missed out on competing at the Open, so he’s coming in off a little bit of a break after a respectable 30th-place finish at the Genesis Scottish Open and a solid eighth at the Irish Open in the two weeks prior to last weekend’s major.

Has a solid history in the Qatar Masters at Doha, which has typically seen links players flourish. Campillo has a win and a runner-up in that event, and he was seventh at the Irish Open three weeks ago.

Is worth a look at such long odds since he was the last person to win a DP World Tour event on this course.

Here are the latest odds from JazzSports for the 2022 Cazoo Classic on the DP World Tour.

Follow us on Social Media for the 2022 Cazoo Classic & Official World Golf Ranking, and more!