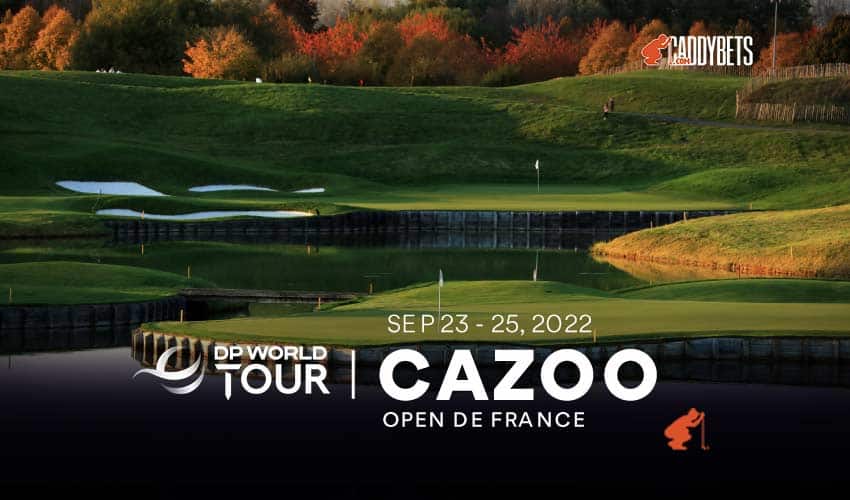 The 2022 Cazoo Open de France tees off for the first time since 2019 after being canceled twice due to the COVID-19 pandemic. The only other times the event wasn’t held since its debut in 1906 was due to World Wars I and II.
Seve Ballesteros holds the record with four wins in this event, and Nick Faldo is among the three-time winners. The tournament was held at different courses until 1991 when it has largely been contested at Le Golf National near Paris.

Le Golf National opened in 1990, played host to the 2018 Ryder Cup, and will be the course where the men’s and women’s golf events will be held for the 2024 Summer Olympics. The Albatros course is a par 71 and measures 7,247 yards in length. Water is also in play on much of the back nine.

The defending champion is Belgian Nicolas Colsaerts, who finished at -12 in 2019. That was five strokes behind the course record of 17-under 271, set by Retief Goosen in 1997.

Patrick Reed (+1000) is putting in the miles recently. Over the past month, he’s played in the LIV Golf event in Boston, the PGA BMW Championship at Wentworth in England, back to the U.S. for the LIV Golf Chicago tournament, and now to France, where he is the betting favorite. He was fifth at Wentworth and played in the 2018 Ryder Cup here, but he has to be feeling the travel at this point.

Robert MacIntyre (+1800) comes in a winner after beating U.S. Open champion Matt Fitzpatrick in a playoff at the Italian Open last week. He endured a rough stretch earlier this year, but now he has newfound confidence.

Belgian Thomas Pieters (+1500) is the highest-ranked golfer in the field and has two DP World Tour wins over the past year, making him a favorite here. He finished 26th here in 2019 and has an average of 70.75 in 16 rounds at Le Golf National, which is fourth among players in the field.

The home-country favorite is Victor Perez (+1800), who came in 16th here in 2019 and is in good form after placing third in Italy this past week.

Jordan Smith (+2000) missed the cut at Wentworth but was 12th and seventh in two events sandwiching the BMW PGA Championship. Ryan Fox (+2500) and Adrian Otaegui (+3000) also have average rounds here under par, similar to Pieters, so their history on this course is worth a look.

We’re not too hot on Reed since this is his fourth event in as many weeks, coupled with all of the travel. We favor Pieters, Smith, Fox, and Otaegui to take home the title.

Here are the latest odds from Jazz Sports for the 2022 Cazoo Open de France on the DP World Tour.

Follow us on Social Media for more about the 2022 Cazoo Open de France & check the Official World Golf Ranking, and more!