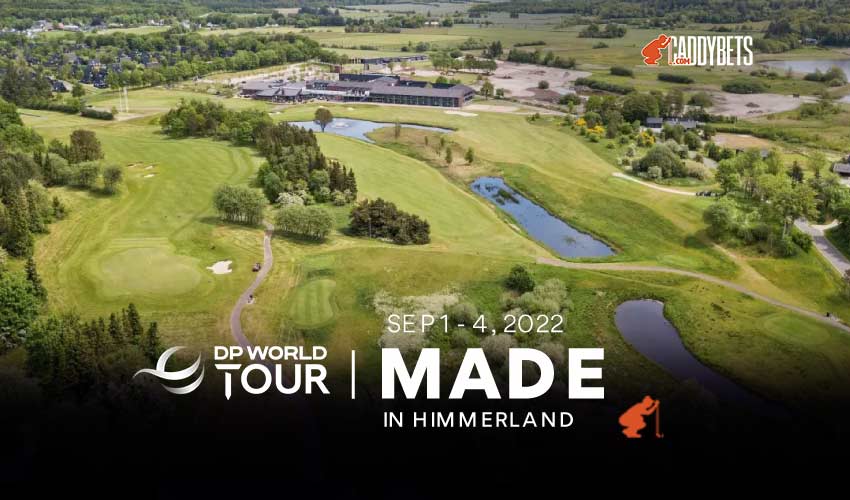 2022 Made in Himmerland Odds, Pick & Preview

Wallace and Lawrence Set to Duel Again at DP World Tour’s Denmark Stop, 2022 Made in Himmerland.

The DP World Tour returns to Denmark for the eighth edition of the Made In Himmerland event. Bernd Wiesberger is a defending champ and back-to-back winner here, but he’s playing in the LIV Golf event in Boston this week, so there will be a new champion of this tournament.

All but the 2018 edition of this event has been held at the HimmerLand Golf and Spa Resort. It’s a short course at just 6,651 yards and a par 71. There’s plenty of undulation on the course and difficult bunkers, which adds to the difficulty level.

Wiesberger owns the course record with a 21-under 263, five strokes better than Guido Migliozzi last year. Good putting has been an indicator of past winners here.

Matt Wallace (+2000) is the betting favorite, having won this event in 2018 (but at a different course) and also was runner-up at the Omega European Masters last week in Switzerland. Wallace has a good history at HimmerLand, however, finishing sixth while leading the field in putting average in 2017.

Thriston Lawrence (+2500) picked up his second win of the DP World Tour season, having won the rain- and COVID-shortened Joburg Open in November. That didn’t feel like a true win for the South African, so now that he won a full event, doing so in a playoff over Wallace, he has some added confidence heading into this week. We haven’t seen back-to-back winners on this tour, however, since 2020.

Several other favorites are at +2500 and +3000, making certain that the winner here will give you a nice payout. Adri Arnaus (+2500) was ninth last week in his first action since the Open Championship, so he’s rested and appears to be in form.

Robert MacIntyre (+2500) is a big name in this tournament, but he has struggled as of late, having posted only one top 10 this season, which came back in February.

Rasmus Hojgaard (+2500) missed the cut here last year and withdrew after shooting a 76 in the third round last week. Brother Nicolai Hojgaard (+4000) has longer odds but was at par or better in all four rounds here last year and was on pace for a top-10 last week before a 71 on Sunday sent him down to 29th.
Also at +4000 is John Catlin, who was in contention in Austria two weeks ago and came in 12th here in his only appearance at this event in 2019.

Made in Himmerland Odds

The long odds for the favorite means that it will be hard to pick a winner, but you will be rewarded handsomely for doing so. Wallace has good value for someone in good form and having a good history at this event. Lawrence is playing better than most anyone else on the odds board, so we’re backing him as well, and we like both Hojgaard brothers.

Here are the latest odds from Jazz Sports for the DP World Tour’s 2022 Made in Himmerland.

Sign up and receive the best bonus! Make sure to stay tuned for the, Latest Golf News, PGA Tour schedule & Players Top Rankings!

Follow us on Social Media for 2022 Made in Himmerland, DP World Tour Golf Odds, and more!