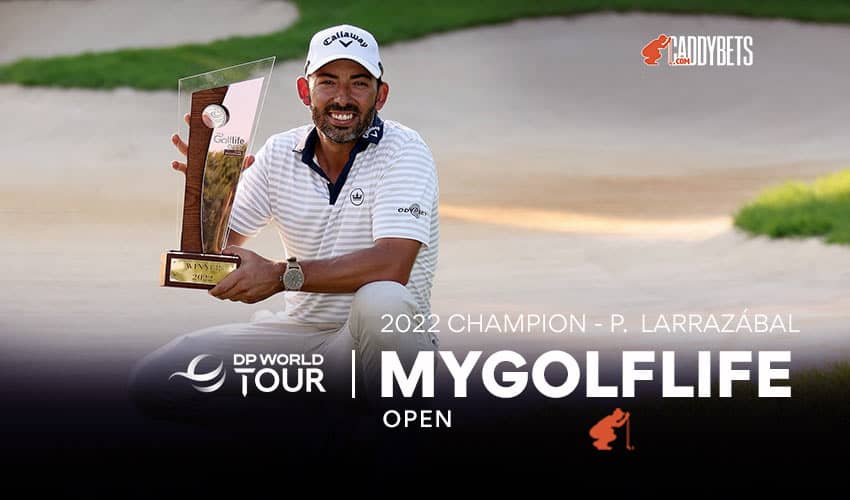 Spaniard Pablo Larrazabal battled with Jordan Smith and Adri Arnaus all day in the final round of the MyGolfLife Open. before the trio headed to a playoff after finishing the 72-hole tournament tied at a 22-under 266.

Both Larrazabal and Smith birdied the second attempt at the 18th hole, eliminating Arnaus, who scored a bogey. The two played the hole again, and Larrazabal birdied it once more, winning the tournament since Smith bogeyed the hole this time.

“What a day,” said Larrazabal, who won for the sixth time on the DP World Tour. “I felt great this morning. It was one of those days where you just feel great and you know you’re going to have a chance. I started fast to get into the lead very quick.”

Larrazabal, who came into the day tied for second with Arnaus, had a crazy back-nine. After an eagle on the par-5 10th hole, he went bogey, birdie, birdie, bogey, birdie, par, bogey, par to finish out the round. His two competitors, meanwhile, both birdied 10 through 12 and parred the rest of the way. Smith started the day in sixth place but got to a share of the lead by the end with a 65, compared to 67s by the two Spanish golfers.

The win was his second-straight top-three finish, as Larrazabal finished tied for third at the Ras al Khaimah Classic last month. His last victory on the tour was also in South Africa, winning the Alfred Dunhill Championship in November 2019. His first win came back in 2008 at the Open de France.

“The hours we put in on the range with my brother, sometimes it’s tough because when the results are not coming, it is not easy to wake up early to go to a range, so this piece of the trophy is for him.”
Native South Africans had a chance to win but came a bit short.

Hennie Du Plessis led by two strokes coming into the final round, but he shot an even-par 72 to finish the tournament tied for sixth, three shots behind the leaders.

While Du Plessis was falling behind, fellow countryman George Coetzee was surging. After starting the day in 16th, Coetzee shot at 64 to finish in fourth place, one shot behind the trio at the top of the leaderboard. He rallied with seven birdies in a nine-hole stretch from 9-17, but he was unable to join the playoff after settling for par on 18.

Richard Sterne, another South African, finished the tournament at 20-under, which was good enough for fifth place.
Tied for sixth with Du Plessis was Ross Fisher and Nacho Elvira. South African Thirston Lawrence and Frenchman Romain Langasque tied for ninth at -18.

The DP World Tour has one more stop in South Africa this coming week for the Steyn City Championship in Johannesburg. The week after that, the DP World Tour co-sanctions the WGC-Dell Technologies Match Plays in Austin, Texas.

Join us to receive our daily Golf content and make sure to stay tuned for 2022 full of Golf updates, the MyGolfLife Open Recap & much more! Golf News, and PGA Tour Schedule.