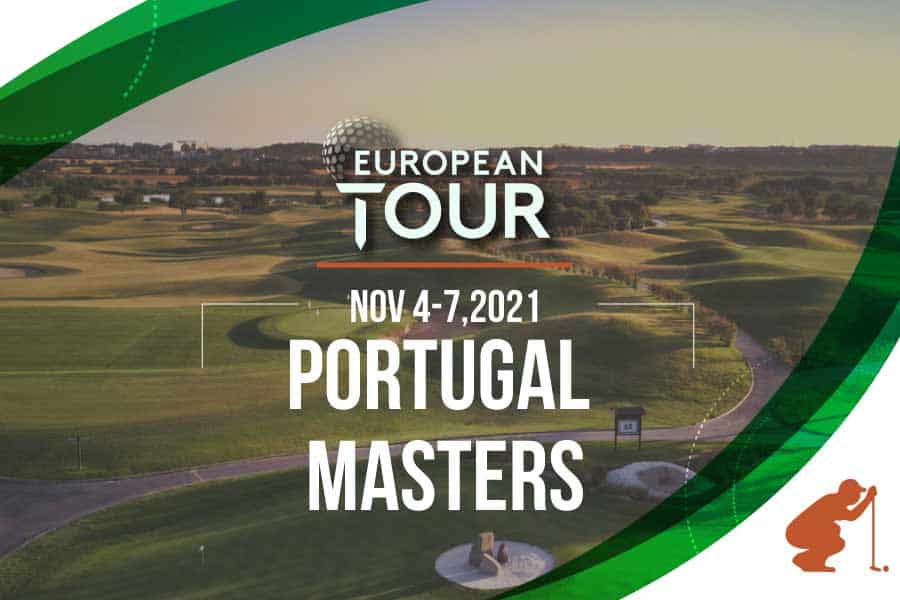 After a week off following a three-week swing around Spain, the European Tour heads further southwest into the Iberian Peninsula for the Portugal Masters at the Dom Pedro Victoria Golf Course in Vilamoura, which is on the southern coast of the country.

Including this one, there are three events remaining on the European Tour schedule but only two more until the DP World Tour Championships, Dubai finale where only the top 50 in the Race to Dubai standings are invited. So this week and next week’s event in Dubai are the two final opportunities for golfers to claim their spot in the lucrative finale.

About the Tournament and Course

The Portugal Masters began in 2007 as part of an agreement between the Portuguese Tourist Board and the European Tour. The inaugural event was won by Englishman Steve Webster. Lee Westwood won here in 2009, and Padraig Harrington did in 2016. Tom Lewis is the only multiple-time winner here, having done so in 2011 and then again in 2018. South African George Coetzee is the defending champion, winning by two strokes over Laurie Canter a season ago. Harrington and Andy Sullivan hold the tournament record at a 23-under 261. Harrington accomplished the feat in his win in 2016, while Sullivan posted a 261 the year before in 2015. This event has never been decided in a playoff.

The Arnold Palmer-designed Dom Pedro Victoria Golf Course is a par-71, 7,191-yard track that is considered one of the most challenging in the country. The fairways are generally wide but water hazards and bunkers are strategically placed throughout to provide a fair test. The city of Vilamoura is part of a region called the Algarve, which is home to 31 golf courses.

Hole No. 17 is the signature hole of the course—a par-5, 588-yard hole that measures the longest on the course. There is water along the entire right-side of the hole and the green is nearly surrounded by water. The par-4 18th hole is the most challenging par 4 on the course, as the left side of this hole has water all the way to the green, and several bunkers litter the right side of the fairway.

Wallace and Hot-Hitting Canter Among the Favorites

A four-time winner on the European Tour, is coming off two nice performances on the PGA Tour and is the favorite at +1200. He finished 14th at the Shriner’s Hospitals for Children Open last month and followed that up with a fourth-place effort at the ZOZO Championship in Japan two weeks later.

“I won my first European Tour title just down the road at Morgado, so I always get good feelings when I go back to the Algarve,” Wallace said last week. “It’s just a great place to play golf at this time of year, and the Portugal Masters is a tournament I’ve always enjoyed playing.”

(+1500) may be the hottest golfer in the field, having finished in the top five in three of his last four events. After a runner-up finish at the BMW PGA Championship in early September, he had back-to-back top-five runs at the Andalucia Masters and the Mallorca Open, but he did have a blemish at Valderrama, as his final-round 76 sent him from the 54-hole leader down into a tie for fourth. He also finished fourth last year and with his place in the Race to Dubai secure (22nd at the moment), he may be aggressive to try and claim his first European Title here.

The Rest of the Contenders for the Portugal Masters Tournament

Also had a nice swing through Spain and sits at 63rd in the Race to Dubai standings, so he will be extra motivated for a good finish here to try and jump into the top 50. He improved each time out in Spain, going from 24th in the Open de Espana to 15th at the Andalucia Masters and then seventh at the Mallorca Open, and his nice run started with a sixth at the BMW PGA Championship.

The Australian who won the Scottish Open earlier this year, finished tied for runner-up at the Andalucia Masters in his last tournament and is sixth in the Race to Dubai, so he will be looking to keep his game in top form before the final two events in the desert.

Defending champion George Coetzee (+3500)hasn’t had many efforts to write home about recently, though he did score all four rounds in the 60s on his way to a 24th at the Open de Espana last month. But besides the win, he’s had a nice run of success here, finishing no worse than 20th (along with a seventh place finish) in his last four Portugal Masters tournaments.

The 2016 winner, is the sentimental favorite here. He hasn’t had much to show in the way of results recently, but this course is similar to Emirates GC, home of the Omega Dubai Desert Classic, where Harrington finished sixth in January. Harrington was also tied for fourth at the U.S. PGA Championship. After his captaincy at the Ryder Cup behind him, Harrington can turn 100% of his attention back to the golf game.

Bet on the Portugal Masters!

Here are the latest odds from Jazz Sports for the 2021 Portugal Masters.

Get up to 100% match bonus and make sure to stay tuned for Portugal Masters, news and tournaments schedule.