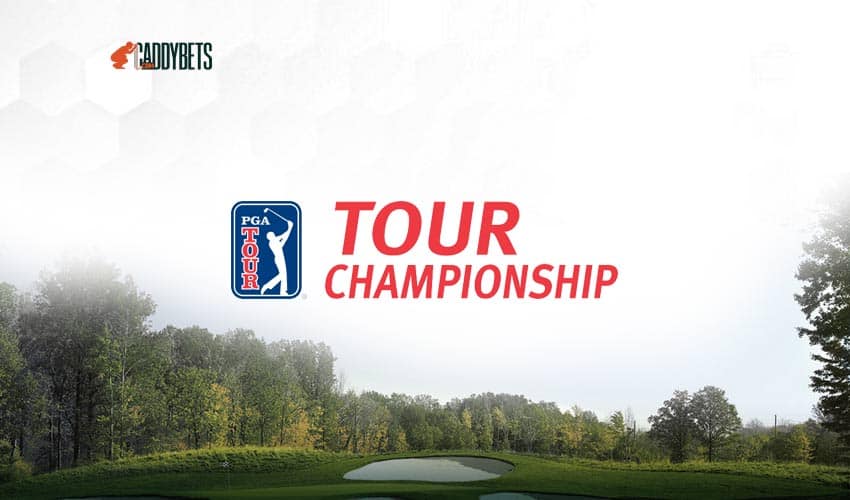 The Tour Championship is a PGA Tour event that currently signifies the end of the FedEx Cup playoffs each year and determines the FedEx Cup champion. Only the top 30 in FedEx Cup points qualifies for the event, and it is a no-cut tournament. Since 2019, a modified scoring system called “Starting Strokes” is used where the points leader starts the event at 10-under par, second place at -8, third at -7, and so on.  Since 2004, the event has been held at East Lake Golf Club in Atlanta, Georgia and rotated before that.

The event debuted in 1987 and only featured the top-30 golfers on the PGA Tour’s money list and took place in November. The top money winner for the season was determined after this event. In 2007, the event was moved to mid-September and became part of the new FedEx Cup playoff format.

In 2016, the front and back nines were flipped so the Tour Championship would end on a par-5 hole instead of a par 3.

The top-30 golfers in the FedEx Cup standings after the second playoff event, currently the BMW Championship, qualify for this no-cut event.

After the Starting Strokes are established, each golfer plays four rounds (72 holes) and the winner is determined by the combined total of score on the course as well as the Starting Strokes. For the Official World Golf Ranking purposes, only the 72-hole score counts.

Tom Watson won the first event in 1987. Tiger Woods holds the record for most Tour Championship wins with three, last winning in 2018. Rory McIlroy and Phil Mickelson are the only other two-time winners of the event.

Follow us on Social Media for more PGA Golf updates. Make sure to stay tuned for the PGA Tour Schedule & Tour Championship Odds. 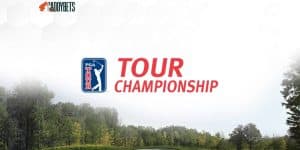 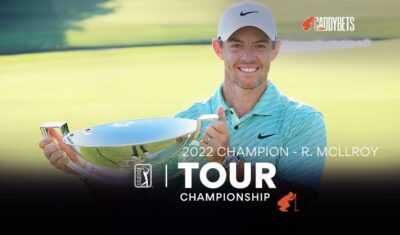 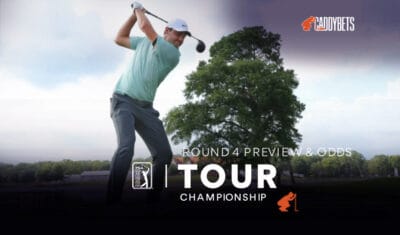 Tour Championship Round 2 Recap & Round 3 Odds 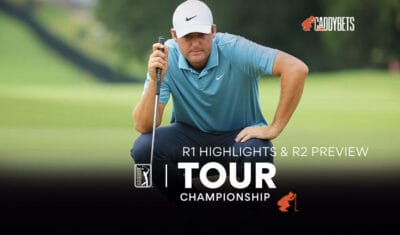 2022 Tour Championship Round 1 Recap & Round 2 Preview

This season’s PGA Tour Championship finals is here and after eighteen holes, the tournament 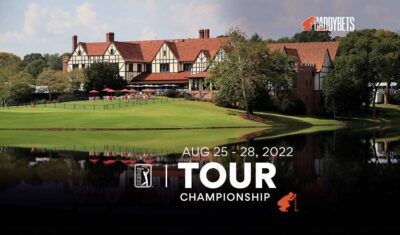 With the 2021 FedEx Cup championship in the books for about a week, now—between 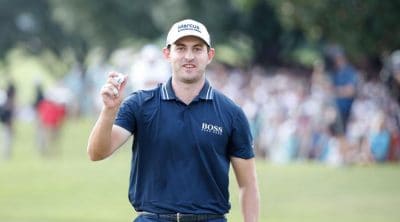 Patrick Cantlay, by virtue of leading the FedEx Cup standings, had a two-stroke advantage

Rahm, DeChambeau, Cantlay and Finau Favorites The Tour Championship has always been an exclusive