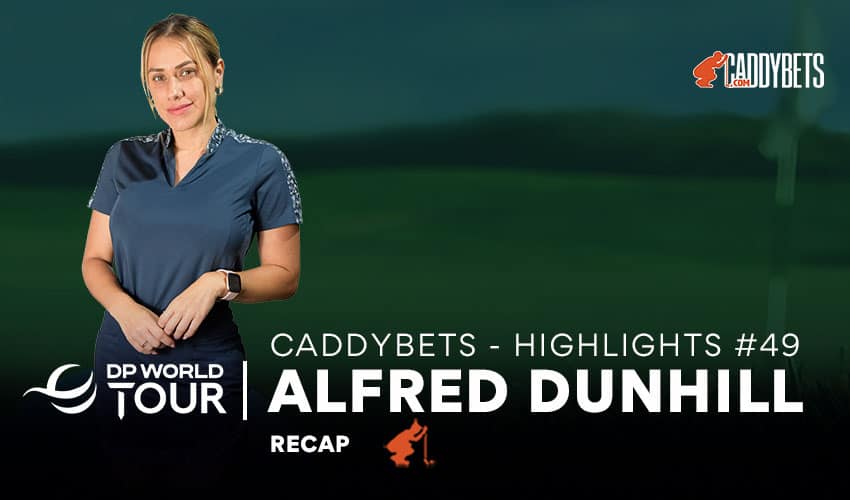 It was an exciting weekend of golf events around the world. Let us dive into what happened in the QBE Shootout and the 2022 Alfred Dunhill Highlights. Also, we preview the PNC Championship. Here is our CDB Summary.

The DP world tour was back in South Africa for Alfred Dunhill and 37-year-old Ockie Strydom claimed his first victory on the tour after 19 second-place finishes.

Strydom shot a three under par 69 on the final day and finished at 18 under par.  Spain’s Adrian Otaegui finished two shots back in the second and England’s Laurie Canter was another shot back in the third.

US duo of Sahith Theegala and Tom Hoge finished at 34 under par to become the first rookie team to win the QBE Shootout in 11 years. Theegala overcame a pulled muscle to sink a 20-foot putt to guarantee the victory in the 54-hole exhibition event played in Naples Florida.

13-year-old Charlie Woods and his dad Tiger will highlight a field of 20 teams made up of a major champion and a family member in the PNC Championship.  Last year the Woods finished second behind John Daly and his son John who is a junior at the University of Arkansas.

The two-day event will be played on the 17th and 18th and can be seen on NBC.

Sign up here to get a 50% Sports Welcome Bonus and get the latest Golf Betting Odds by Jazzsports.