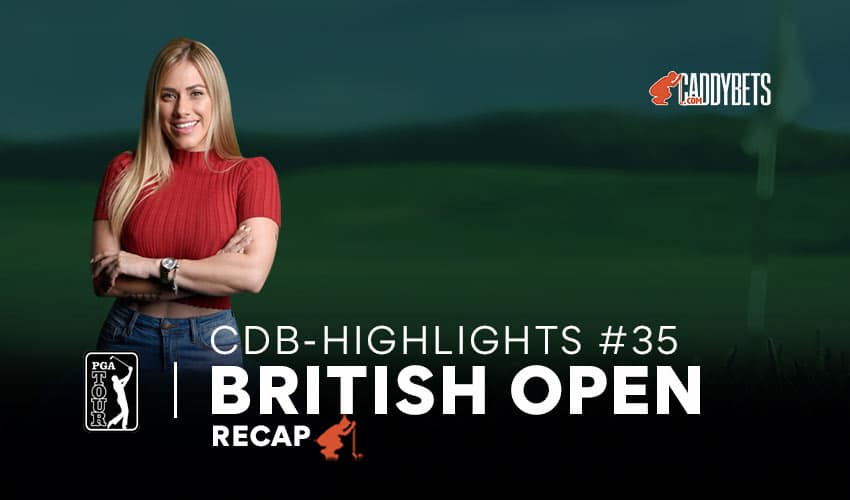 It was an exciting weekend in the golf events around the world. Let us dive into what happened in the British Open and the Barracuda Championship. Also, we are going to take a look at the schedule for the upcoming competition. Here is our 2022 British Open Recap.

Cameron Smith shot a final round bogey-free 64 to take the One hundred fiftieth British Open by a shot over Cameron Young.

Rory McIlroy, who started the final round in the lead struggled with his putting and finished in the third position.

For Smith, it was his third victory of the season and his first major.

This was the 8th professional victory and the 6th PGA win for the Australian who moves to number two in the World rankings.

The other news surrounding Cameron Smith is the news that he was offered 130 million dollars to join the LIV Tour.

Meanwhile back in the US at the Barracuda Championship, Chez Reavie went into the fourth round in the lead and held on to win the event by one point for his third career victory.

For the 40-year-old Reavie, the win earned him spots on both the DP World tour and the PGA tour through 2024.  With the win, Reavie has now ranked 117  in the world rankings.

This week, the PGA Tour heads to the twin cities for the 3M Open. Tony Finau who finished 28th in the British Open is the favorite at 14/1.  SungJae Im is the second choice in wagering and has been bet down to 15/1. Hideki Matsuyama is 3rd in the wagering at 17/1. Last year’s winner Cameron Champ is 50/1 and 2020 champ Michael Thompson is 60/1. Our pick this week is Dylan Frittelli at 60/1.